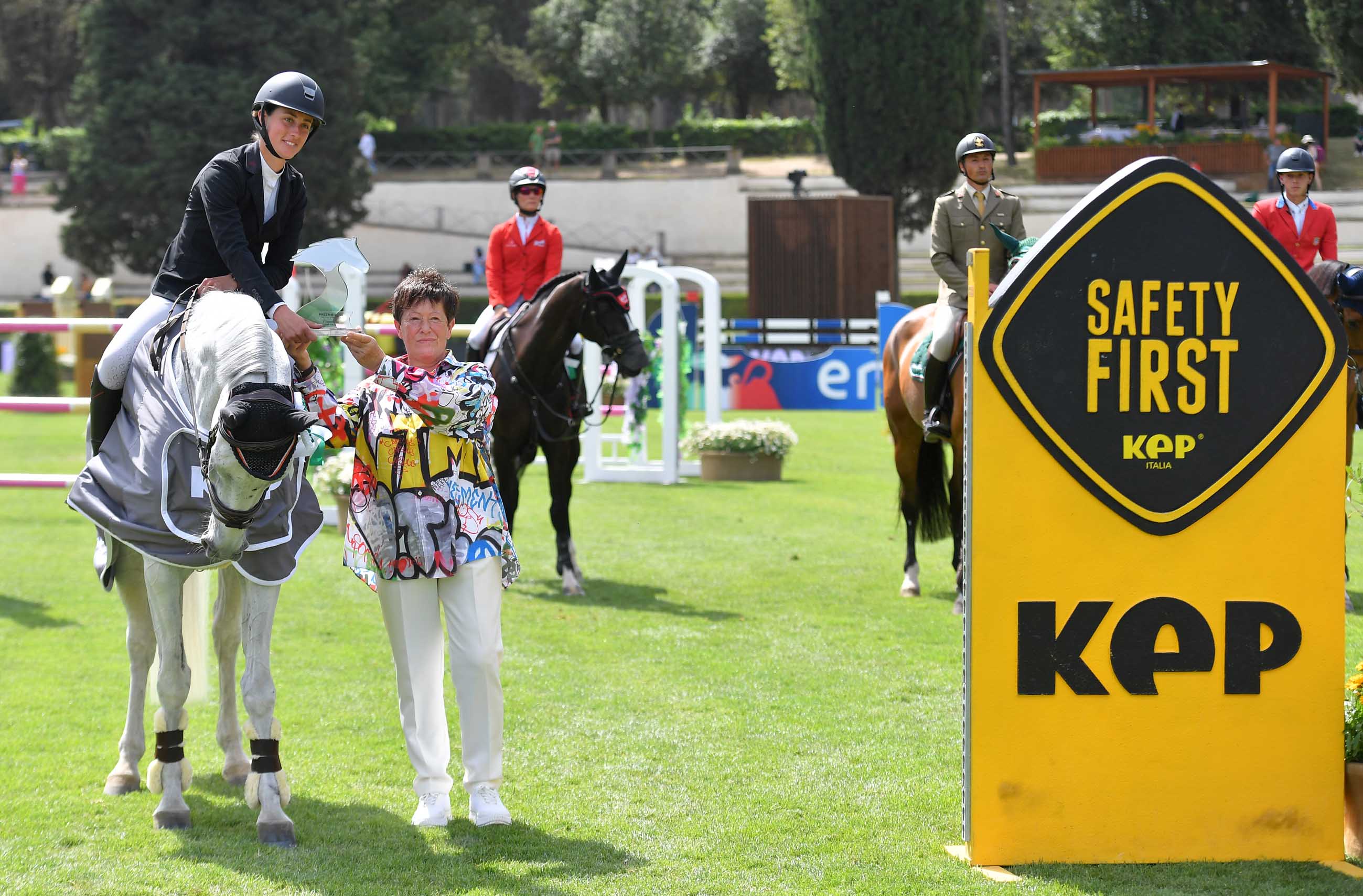 Valentina Isoardi made her debut at CSIO5* Rome - Masters Fratelli d’Inzeo 2022 a winning one when steering the 12-year-old grey mare, Favinia, to victory in the Kep Italia Two-Phase which got the third day of action underway this morning at Piazza di Siena.
The rider who hails from Turin but who moved to Imola, near Bologna, to run a yard they call Nea Horse Farm along with boyfriend and fellow-showjumper Giacomo Bassi some years ago, posted the winning time of 22.33 seconds to finish ahead of America’s Spencer Smith and Copernicus in second place on 22.77 while another of the strong Italian contingent, Roberto Previtali, slotted into third with Come On Semilly in 23.37.
“I’m very excited and very thankful to be here this year, it’s my first time at a 5-Star show!”, Isoardi said. And she was delighted with the performance of her winning horse.

Some expectations
“Favinia has been jumping very well lately in 3 and 4-Star shows so I was coming here with some expectations for the 1.45m classes and I’m very happy. I bought her when she was five and she is famous in Italy because she is one of the few daughters of Havinia which jumped into fifth place with Gianni Govoni at the World Equestrian Games (in Jerez, Spain in 2002)”, she explained.
Their career together has not always been smooth however.
“Favinia’s dad is Calido and I have known her a long time because now she is 12 and we’ve been together for seven years but it wasn’t so easy in the beginning because she has a really strong character. As a five, six, seven-year-old it was quite a battle! Her mouth is a bit weird, you have nothing in your hand but then sometimes out of a corner she starts pulling really hard, so I had to learn to understand her and accept how she is because I couldn’t impose myself on her. But in the end when she started jumping 1.45m classes something changed and we are great together now!”, said the rider who will turn 30 next month.
Asked about her hopes for the future she replied, “hopefully something good will come out of this show and I might be considered for a few Nations Cups - we will see!”