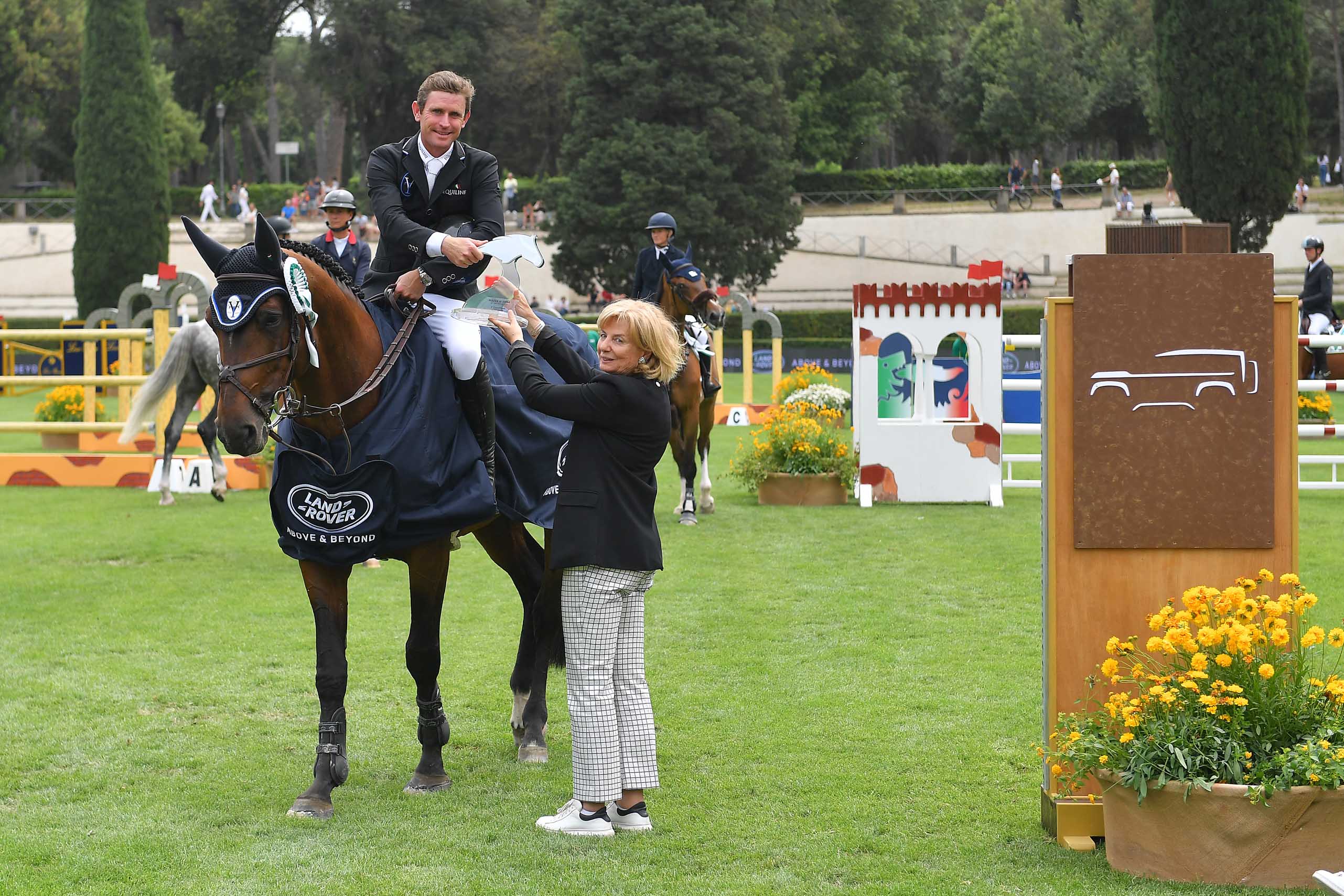 Ireland’s Darragh Kenny and the brilliant stallion Volnay de Boisdeville posted their second win of the week when topping the Land Rover Speed class at CSIO5* Rome - Masters Fratelli d’Inzeo at Piazza di Siena today, pinning world number two, Switzerland’s Martin Fuchs, into runner-up spot and American star Laura Kraut into third. And in yet another boost for the Irish side ahead of this afternoon’s Intesa SanPaola Nations Cup, Kenny’s compatriot Alexander Butler slotted in fourth place.
Kenny and the 13-year-old horse formerly competed by Israel’s Teddy Vlock steered a tight course to take the lead in a time of 55.84 seconds when fifteenth to go in the field of 39 starters.
Not even Fuchs and The Sinner, the horse who helped the Swiss man clinch the 2022 World Cup title in Leipzig, Germany six weeks ago could better that when they steered their run home in 56.78 seconds. And, last into the green oval, Kraut and the 12-year-old gelding Calgary Tame had to settle for third when stopping the clock on 57.53.

On fire
Kenny, who has long been a super talent for Ireland, is really on fire and is now turning his attention to this afternoon’s Intesa SanPaola Nations Cup in which he will partner his Tokyo Olympic ride, the stallion VDL Cartello.
But the man who yesterday claimed the honours in the biggest class of the day, the 1.55m Table A presented by ENI, first paid tribute to the horse that carried him to victory two days in a row.
Talking about Volnay du Boisdeville he said, “he’s just an incredible horse and I’m so lucky to have him. I wasn’t expecting him to do two wins in a row like that but he’s in good form - he’s super rideable so you can do any stride you want, he can do inside turns so easily and he’s just a great, great horse!”.