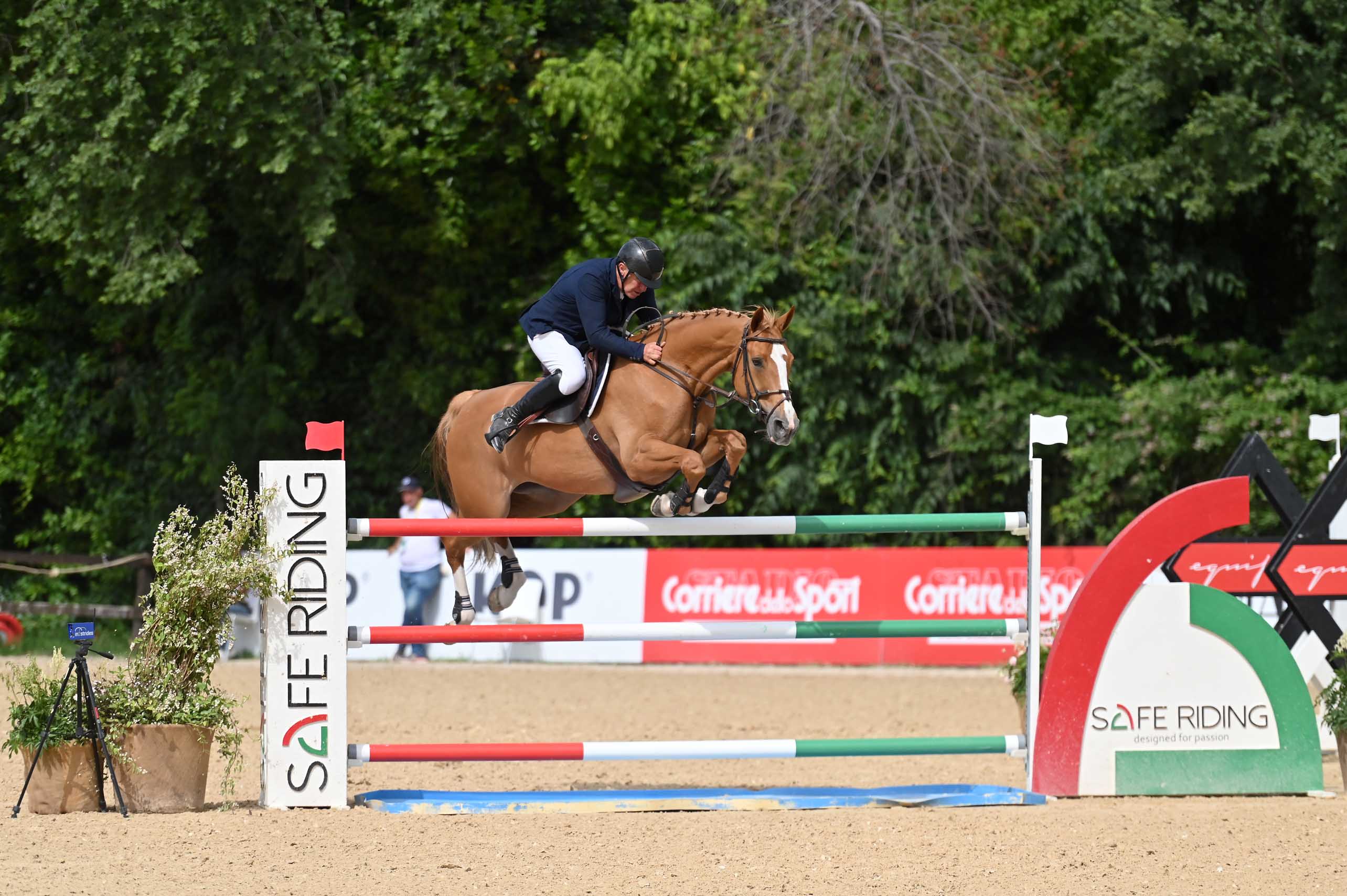 Veteran French star, Roger Yves Bost, scooped the Safe Riding Jump-Off honours when the action resumed in the Gallopatoio on the second day of CSIO5* Rome - Masters Fratelli d’Inzeo early this morning.
Team gold medallist at the World Equestrian Games in 1990 and at the Rio 2016 Olympic Games as well as individual European champion in 2013, the man affectionately knows as Bosty is something of a legend in the sport for many reasons, and today the 56-year-old rider showed the class that has kept him at the very top for so many years.

From the big field of 51 starters a total of 25 qualified for the second round against the clock, and it was Bost’s compatriot, Tokyo Olympian Mathieu Billot, who set a strong early target when galloping through the timers in 36.25 seconds with the unusually-named 12-year-old gelding H.
A smooth and fast round of the new second-round course saw Poland’s Andrzej Oplatek and his Holsteiner gelding Le Cordial slot temporarily into second place, but Bost and the 14-year-old Urane then reset the parameters.
The popular Frenchman has a brilliant record of success with mares and took over the ride on the chestnut, who was previously competed by French lady rider Axelle Lagoubie, at the end of last year. The new pairing are quickly gelling into another great partnership, and after they broke the beam in 36.00 seconds they never looked threatened.

Slotted in
However third-last into the ring, Italy’s Massimo Grossato and Belly Dancer RS slotted in behind runner-up Billot and pushed Oplatek down to fourth place with a sharp run that brought them home in 37.08 seconds. The Netherlands’ Michael Greve (Jacksonville Eurohill) and Jur Vrieling (Griffin van de Heffinck) lined up in fifth and sixth places.
Bost will be back in the main oval at Piazza di Siena this afternoon when he and the stallion Cassius Clay VDV Z will fly the French flag in the Intesa SanPaola Nations Cup which kicks off at 14.30 local time.