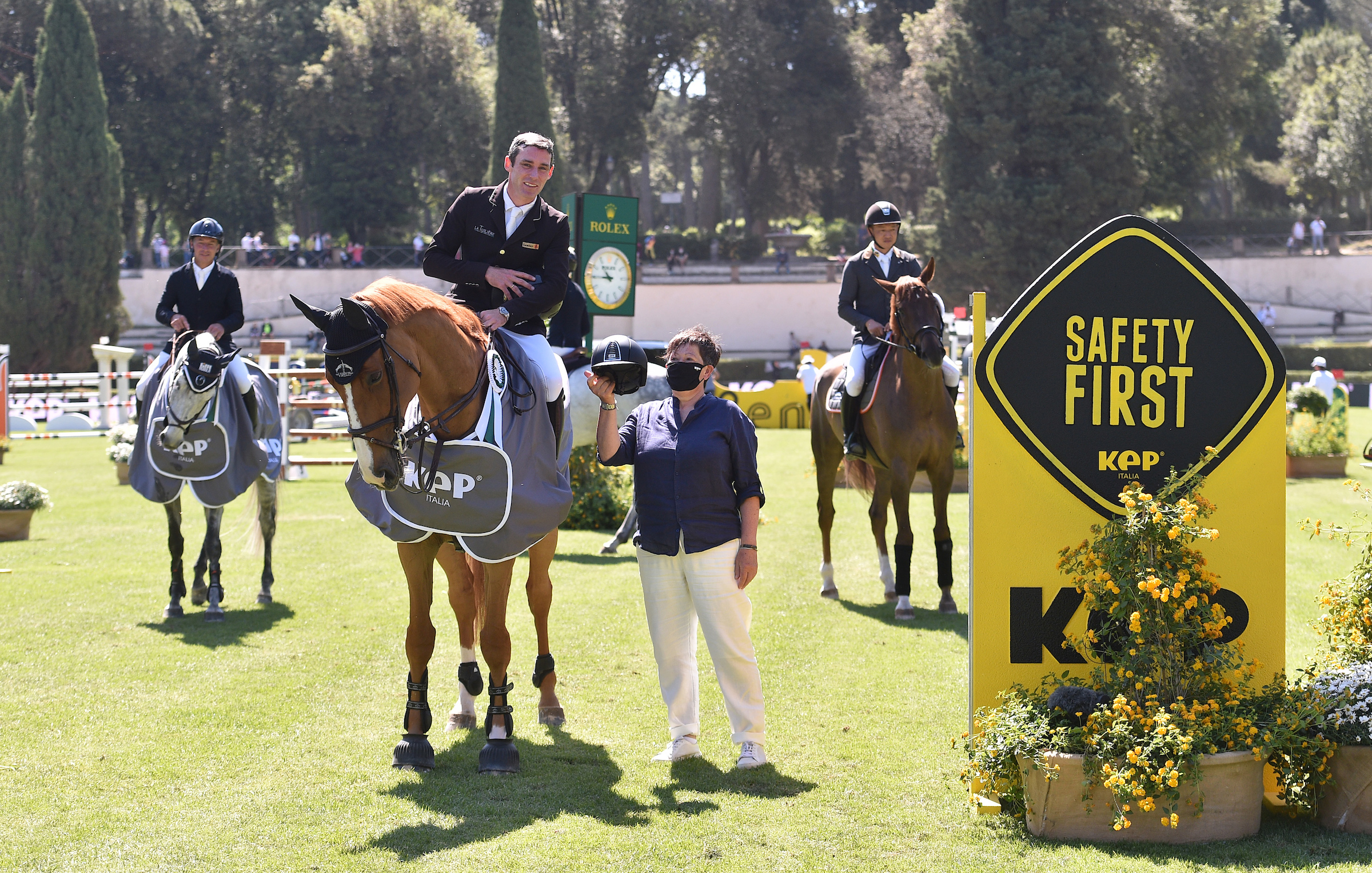 Redemption for Ireland with Mark Mcauley in the KEP Italy Prize

Ireland’s performance was disappointing in the Nations Cup (left out of the second round), but Ireland hit back in the first competition of the 88th CSIO in Rome with Mark Mcauley, winner of the KEP Italia Prize no. 7 (accumulator competition with joker, h. 1.50; 10,000 euros’ worth of prize money). The 34-year-old rider from Dublin hit the mark with Cap West, scoring 65 points and finishing the course with an excellent 45.26. This is the third career success For Mcauley at Piazza di Siena, following the one in 2017 in the "puissance" and the other in 2019 in an around the clock category.

Mention should be made of the good placement of the Japanese rider, Daisuke Fukushima: he ranked fourth (65, 45.67) on Tailormade Contou, one of the horses co-owned by the Japan Equestrian Federation and the German legend, Paul Schockemöhle. The German rider, Kendra Claricia Brinkop on Flipper finished sixth (65, 46.48), after her stellar achievement yesterday in the jump-off of the Nations’ Cup conquered by Belgium. 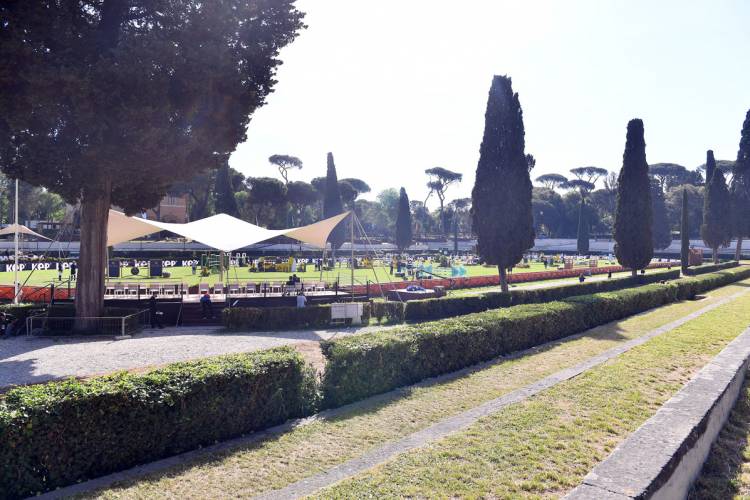 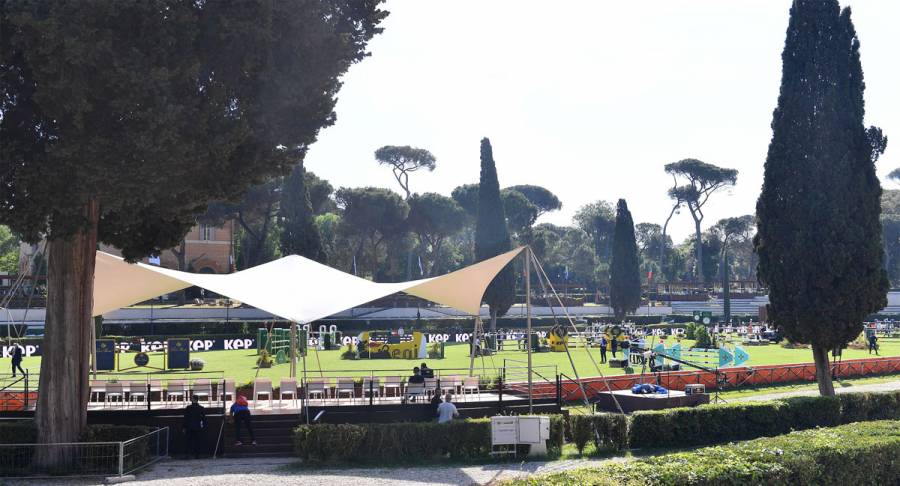 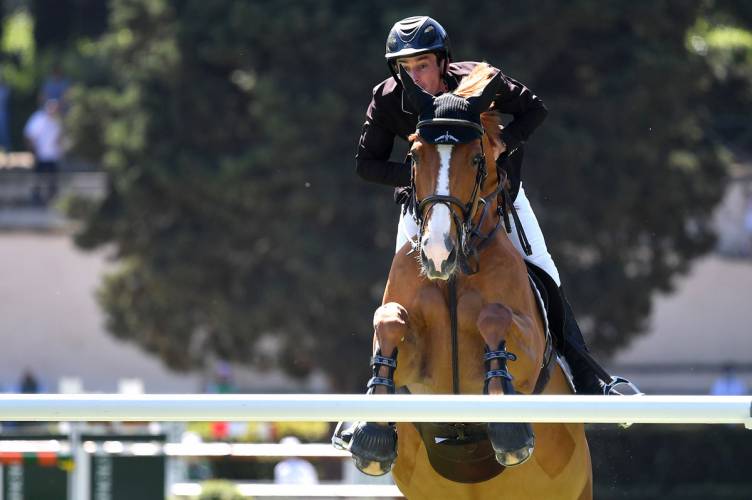 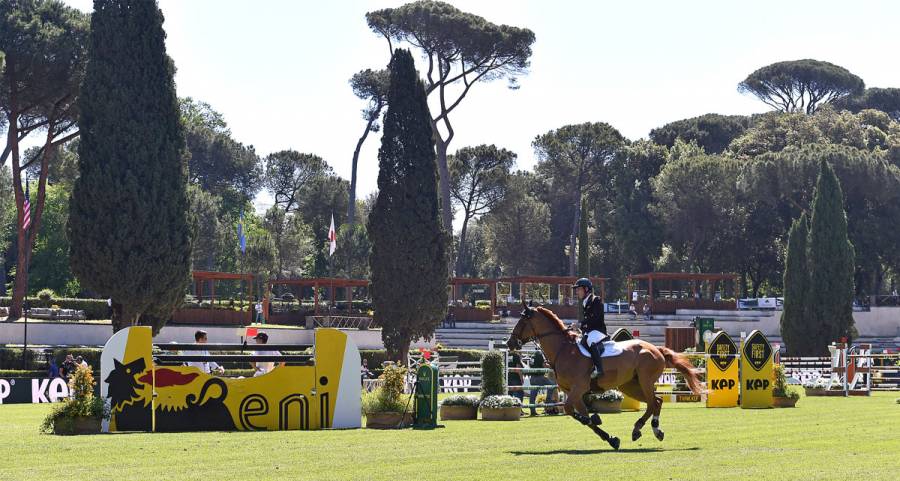 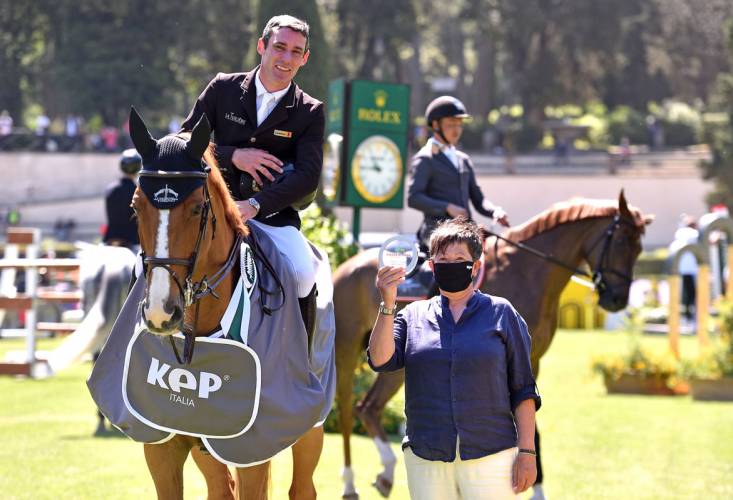 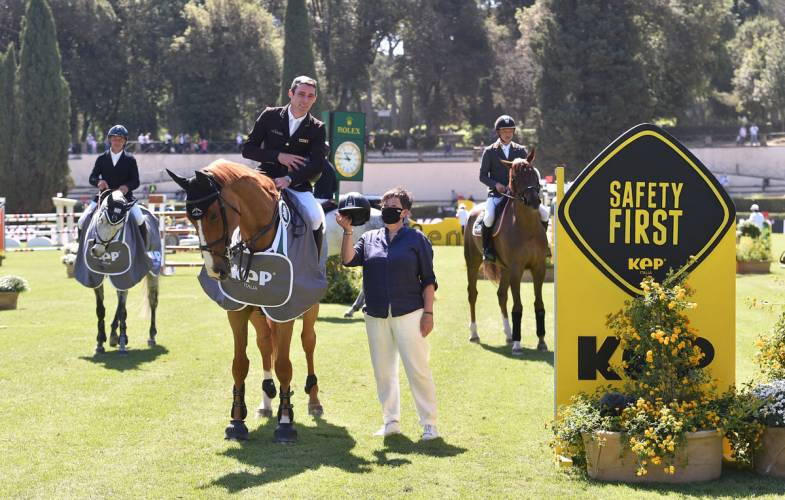 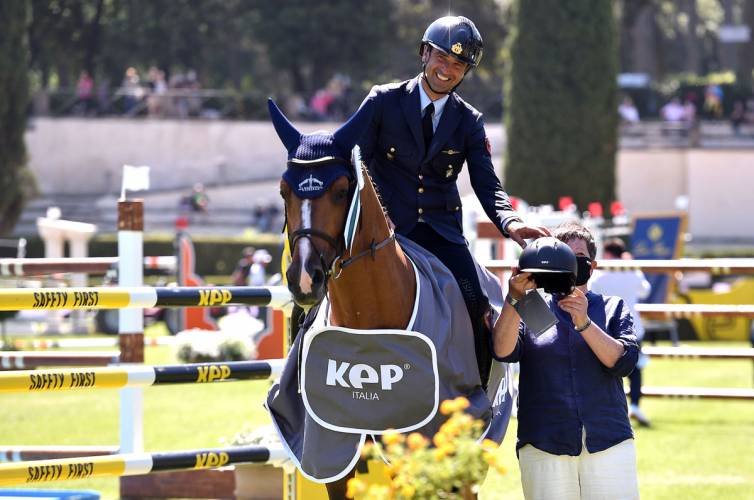 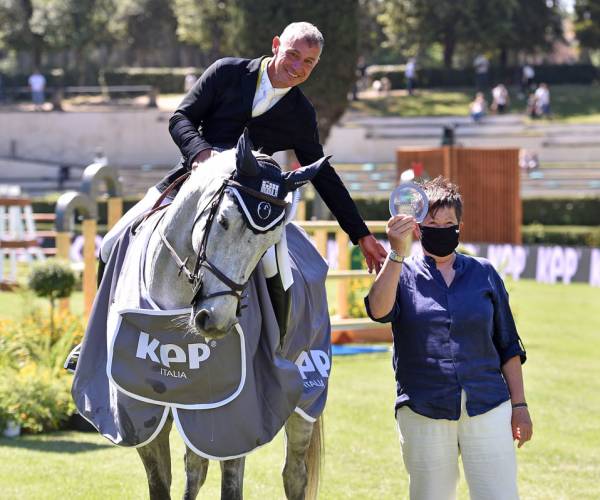 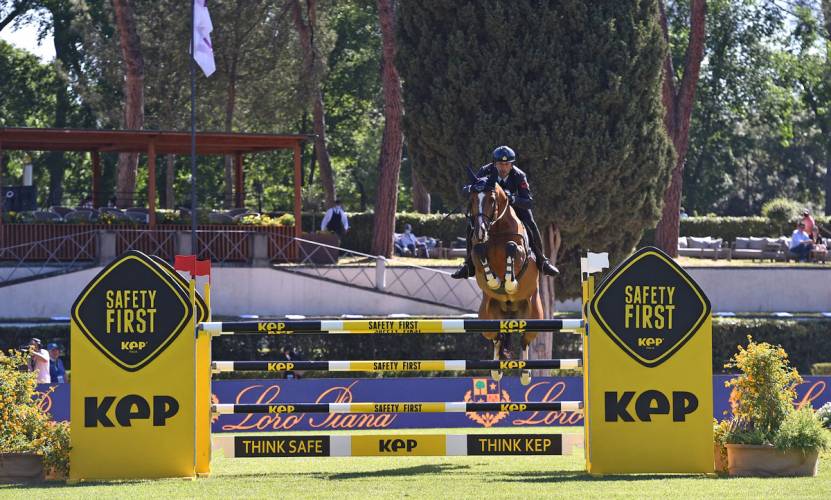 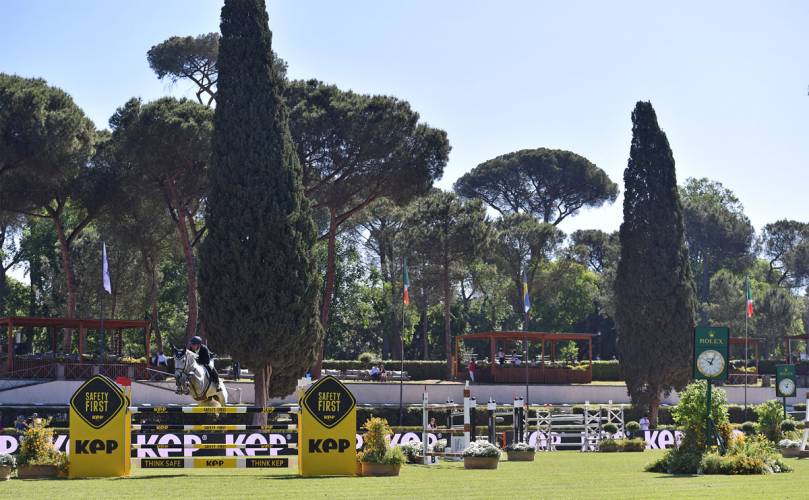 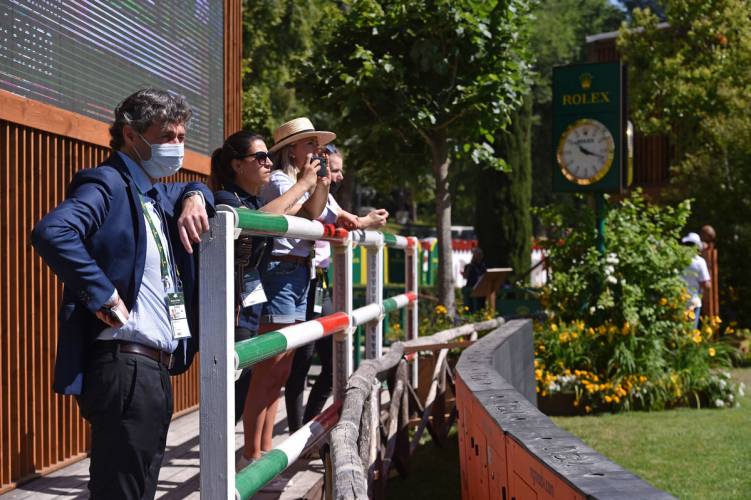 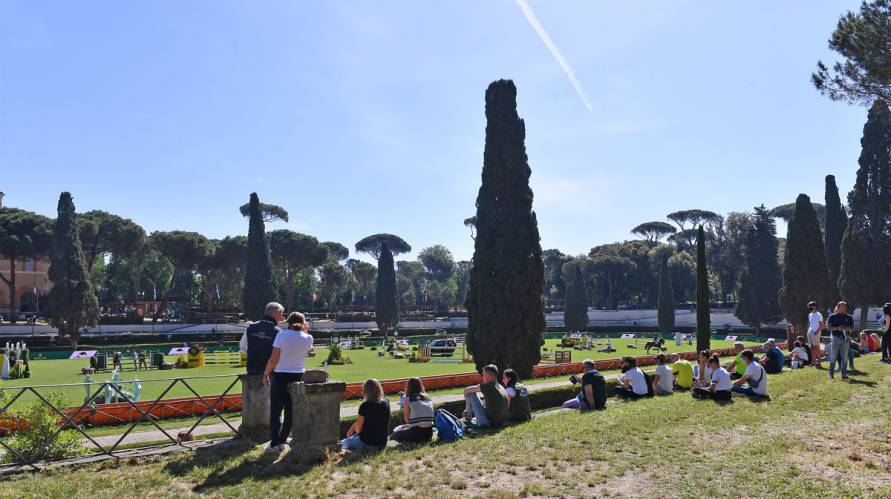 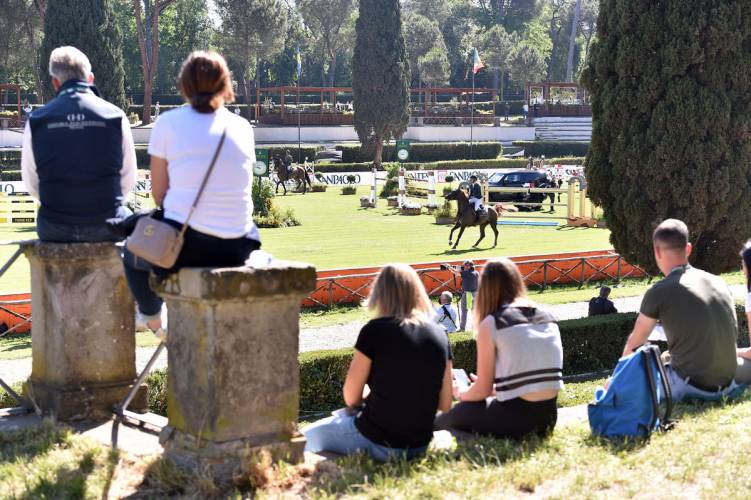 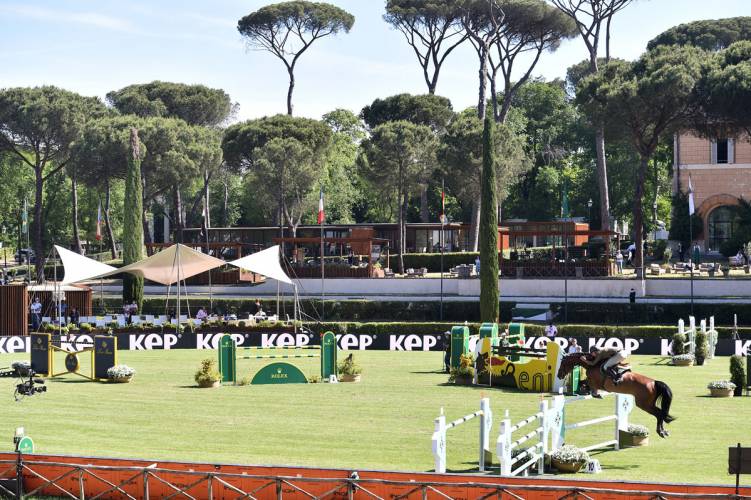