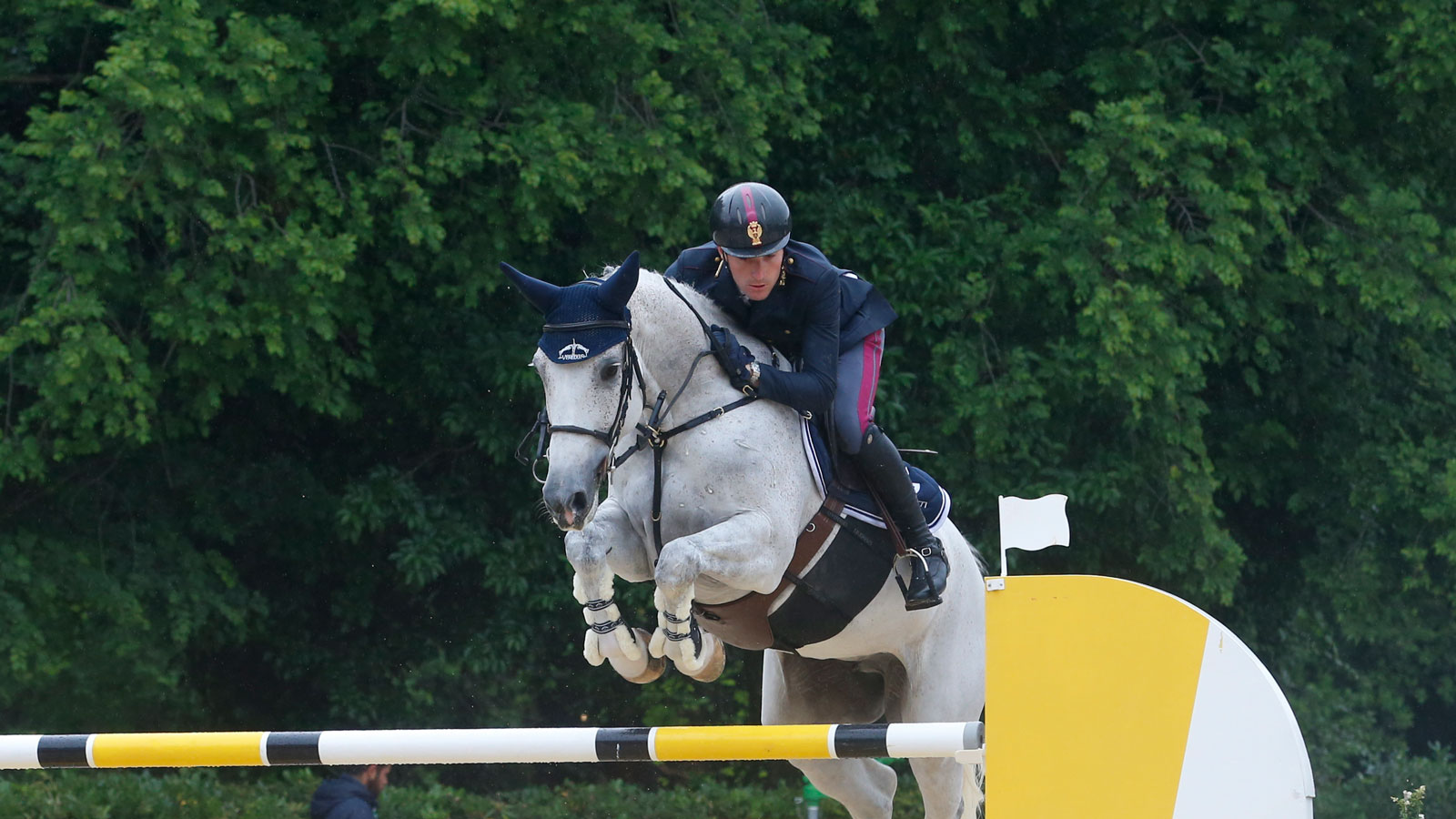 The last day of CSIO Rome 2019 began with an early-morning victory for Italy’s Michael Cristofoletti and the grey mare SIG Debalia in the Tender Capital Stable Accumulator.

The threat of rain led to the decision to transfer this competition to the Gallopatoio in order to conserve the beautiful grass ring at Piazza di Siena for today’s feature event, the €400,000 Rolex Grand Prix. So with sand under their feet the horses could gallop with all their might, although the final joker fence ensured it would take scope as well as speed to win this one.

Two of his fellow-countrymen, Emanuele Gaudiano with Carlotta and Guido Franchi riding Quixotic DC, produced faster times but left fences on the floor. Cristofoletti’s tour of the course was both quick and smooth, and his time of 46.90 seconds proved the winning one.

Israel’s Ashlee Bond and Donatello shared second spot with Great Britain’s Scott Brash and Hello Shelby when both horses broke the beam in exactly the same time, 46.95 seconds. It is becoming increasingly apparent that Israel is a rising force in the sport, as Dan Kremer and E Contefino AC slotted into fifth behind the host country’s Gianni Govoni and Lucaine in a week when Israeli riders were consistently in the ribbons.

Originally from Milan, but based near Osnabruck in Germany for the last eight years, Cristofoletti has developed his own business and stables along with his girlfriend and competitive German rider, Jana Wargers.

“I’ve had SIG Debalia for 18 months now, from an owner of mine SIG International. They believe in me and the horse and they keep supporting me, and for that I’m really thankful”, said the man who wears the uniform of the Italian police force. “It was a great start to the morning, she jumped super and the week to now has gone very well, I’ve been placed in every class”, added the 38-year-old rider whose Swedish-based brother, Roberto, competes in both Jumping and Eventing.

He decided not to compete in the Small Grand Prix with SIG Debalia yesterday because he thought she would be more competitive in this morning’s class and it worked out just like he planned.

“So now I’m looking forward to the Grand Prix this afternoon. I managed to qualify in the first class with my best horse, Belony, so we will be number three to go. It’s a home Grand Prix so we will try our best!” Cristofoletti concluded.