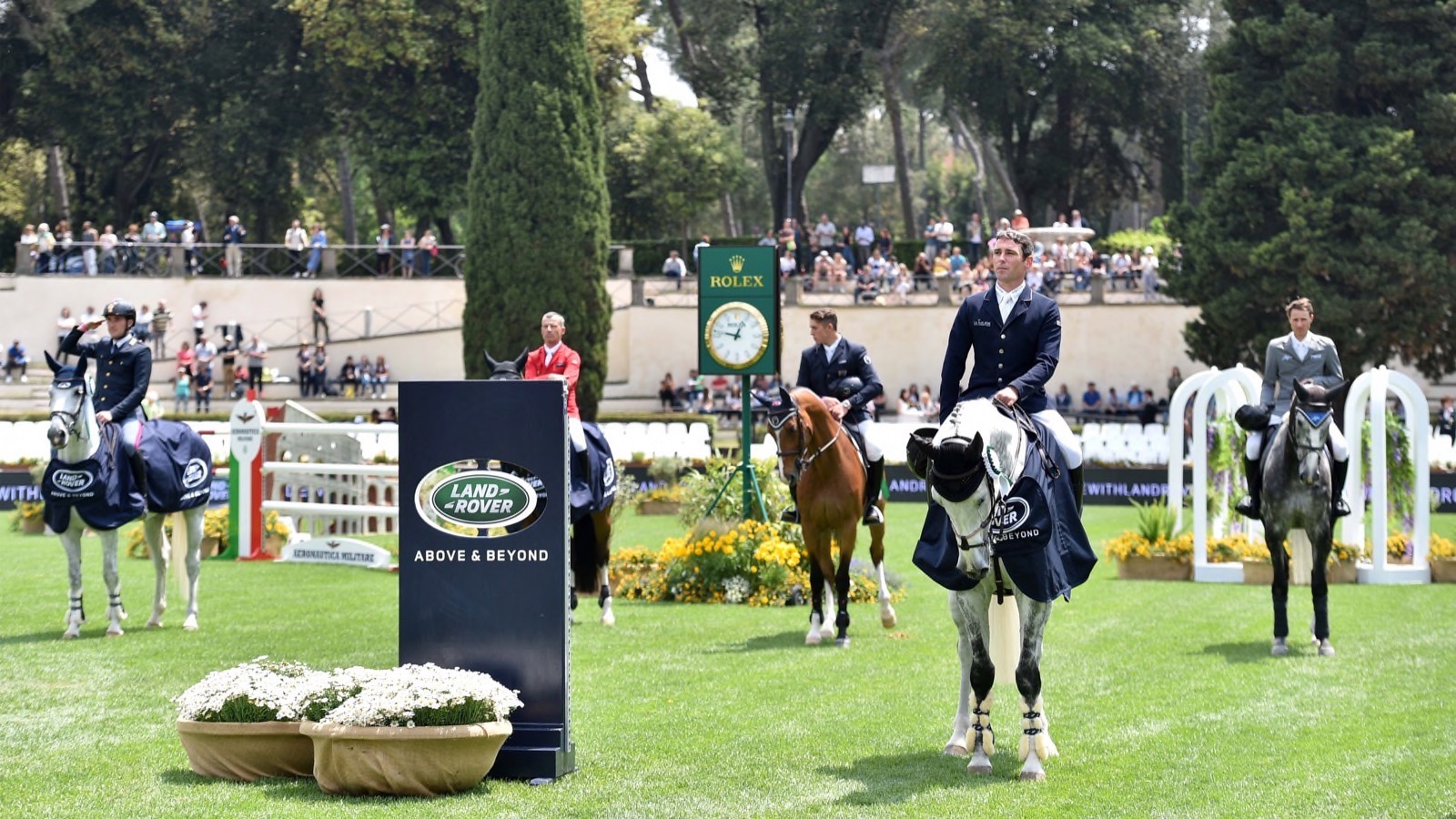 McAuley gets his revenge in Land Rover Speed

Ireland’s Mark McAuley had victory snatched from his grasp in the closing stages of last night’s final competition, the JLT MAG Two-Phase, but today he proved unbeatable in the Land Rover Speed at CSIO Rome Piazza di Siena. Once again riding the French-bred 10-year-old Valentino Tuiliere he set an extraordinary target, but this time out absolutely none of them could catch him after he raced through the timers in 56.00 seconds.

“I was early to go last night in the class and thought I’d done enough, but in the end I only finished fourth. Three Italians beat me - here in Rome the Italian riders are always crazy to win so you have to be careful of them! Today I tried to be a bit quicker and luckily enough I held on!” said the 32-year-old.

Only one rider was quicker through the finish, but Germany’s Jorne Sprehe and Luna left two fences on the ground before they stopped the clock in 55.99 seconds. It was Israel’s Robin Muhr and Uline de Chanay who slotted into runner-up spot (56.84 seconds) ahead of Italy’s Michael Cristofoletti and SIG Debalia (58.56 seconds) in third.

“Valentino is a very, very fast horse” McAuley explained. “He’s naturally quick so you just have to go with him and follow him, you don’t have to push him forward. He’s fantastic, very careful, always competitive and always in the money, a great horse. I’ve only been riding him for about three shows now, my wife was riding him before that” he pointed out.

Now his attention is turning to the Intesa San Paola Nations Cup in which Ireland will be seventh to go of the nine competing countries. “It’s very exciting and we are hoping for a good result - for sure we’ll be doing our best anyway!” McAuley said.