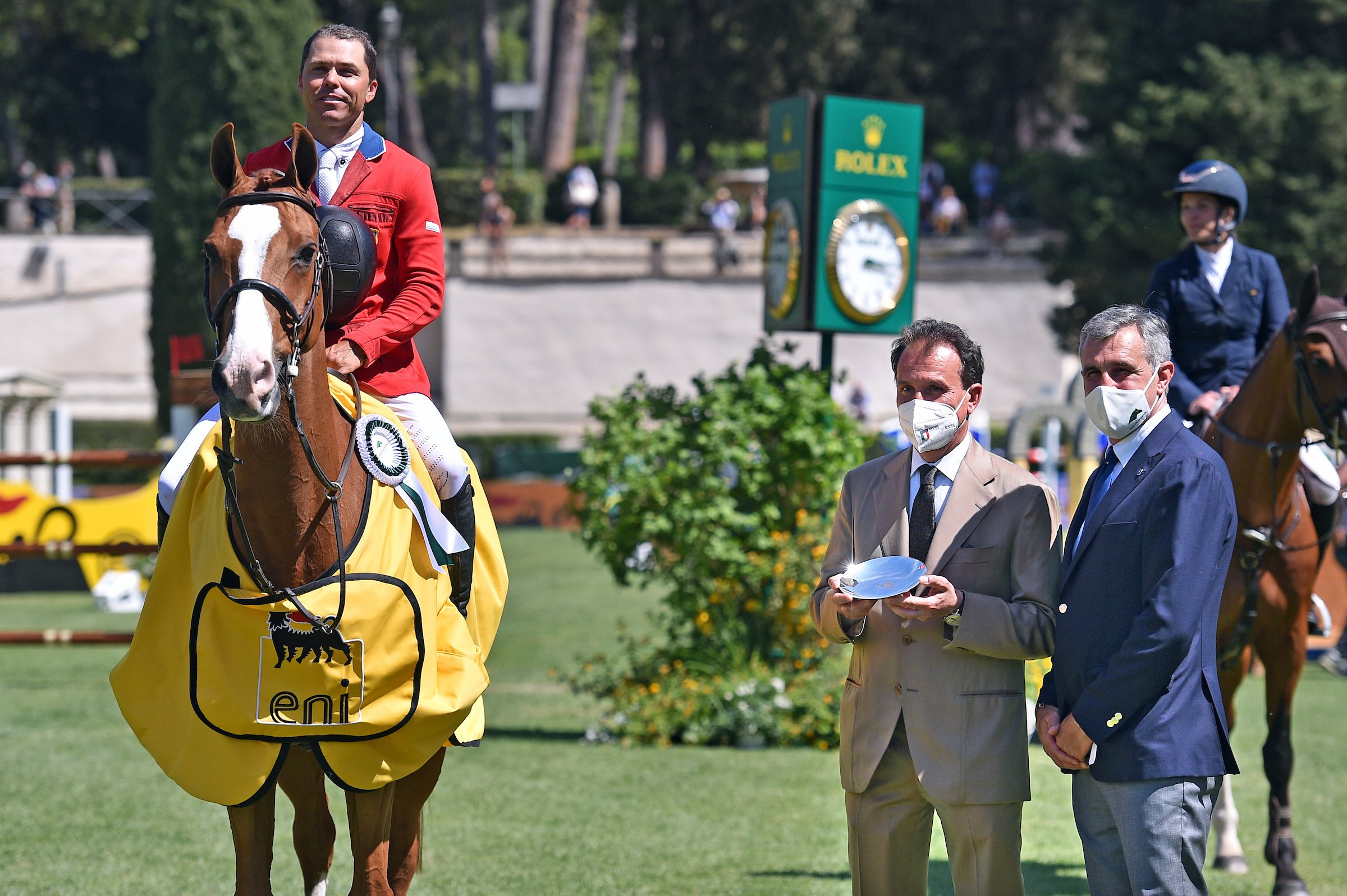 For the second time this week, Kent Farrington and his 14-year-old chestnut gelding Creedance stood tall and proud as the national anthem of the USA rang out across the arena at CSIO Rome Piazza di Siena after victory in the ENI Small Grand Prix today.

The competition title was deceptive, because the 1.55 track set by ace Italian course designer Uliano Vezzani was enormous, and it tested the very best with its technicality. However 13 horse-and-rider combinations found the key, and Farrington sealed it with a brilliant ride on his courageous steed when second-last to go in the jump-off.

There were four Italians through to the jump-off against the clock, and it was home hero, Lorenzo de Luca, who finished second with Halifax van het Kluizebos, the horse with which he won the Rolex Grand Prix at Piazza di Siena in 2018 and who was one of the favourites to win today’s class.

Belgium’s Gregory Wathalet lined up in third and, after a disappointing day in yesterday’s Intesa Sanpaolo Nations Cup, Italian showjumping had plenty to celebrate this afternoon when Antonio Alfonso, Ludovica Minoli and Emanuele Gaudiano filled fourth, fifth and sixth places.

With a tight time-allowed of 74 seconds and three doubles on the course - two of them placed in succession at fences eight and nine so requiring great athleticism and accuracy - Vezzani’s first-round track was no easy ride. And the final line of two fences also took a heavy toll, with the penultimate red planks and the last, an oxer made of silver birch, dashing the hopes of many who had been clear that far.

Italy’s Minoli was 13th to go when producing the first fault-free-round from her 12-year-old gelding Jus de Krack, and next to match that was longtime World No. 1, Switzerland’s Steve Guerdat with PB Maserati. And these two led the way in the jump-off, 32-year-old Minoli keeping a cool head to set the target with a steady clear in 43.30 seconds while Guerdat was six seconds faster but left the second-last on the floor.

Wathelet was sixth to go when re-setting the target at 38.22 seconds with Picobello Full house Ter Linden Z but, third-last into the ring, de Luca set Italian hearts alight when going out in front with Halifax when stopping the clock 37.30.

That really put it up to the final two, but the penultimate partnership left the result beyond doubt when Farrington scorched through the finish in 35.66. Creedance was sensational when winning Thursday’s Landrover Speed class, and again today was simply in a class of his own when he went into turbo-drive and never looked like touching a pole. Last man in, Italy’s Alfonso wisely opted for a careful clear to ensure he got into the ribbons with the handsome Donanso.

Talking about he maintains the confidence of his winning horse, Farrington decribed Creedance as “naturally very confident, and I just manage him the best that I can. He already wants to go fast so my job is to not let him go too fast!”

And asked how he planned his winning run against the clock, the 40-year-old American team silver medallist replied, “that’s also easy because I just do his plan, so it doesn’t really matter what everybody else does. He has his round and normally if I do a good job of doing his plan then it’s close to winning, or winning!” 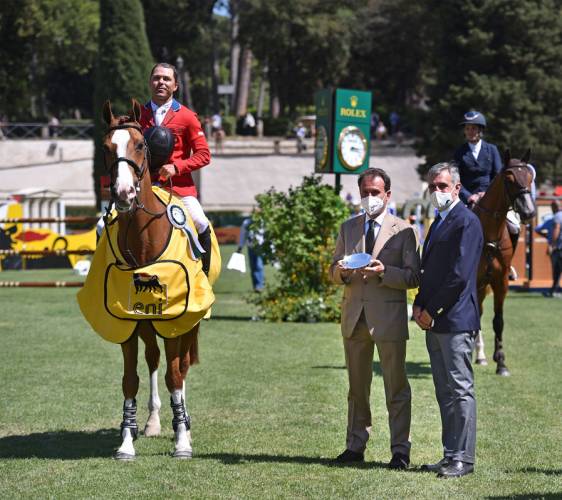 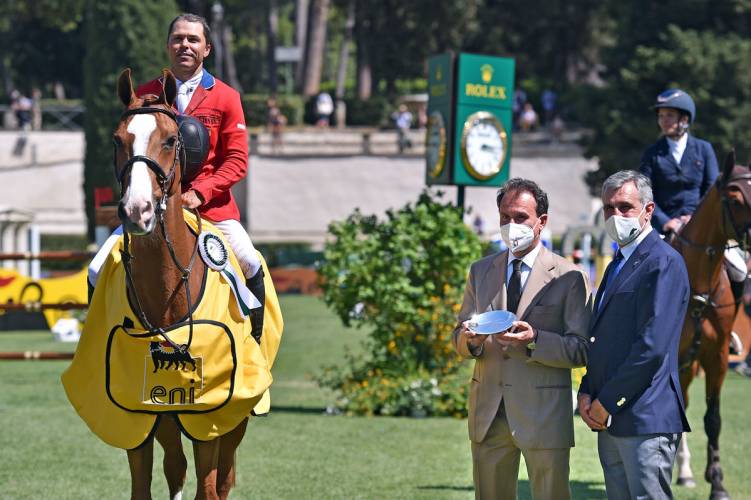 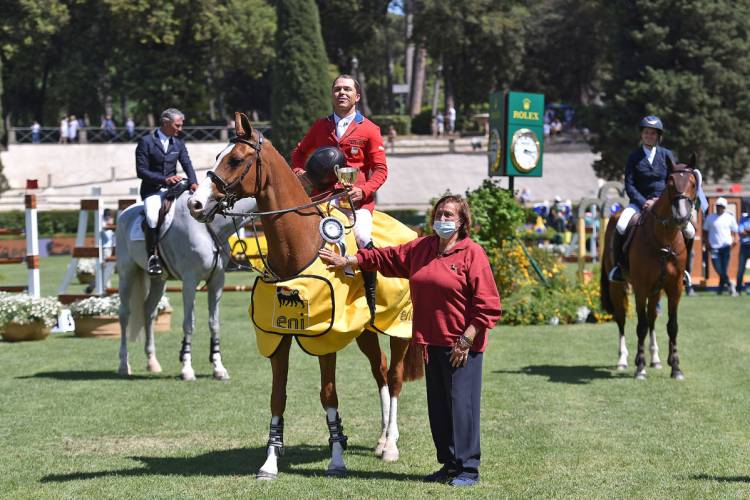 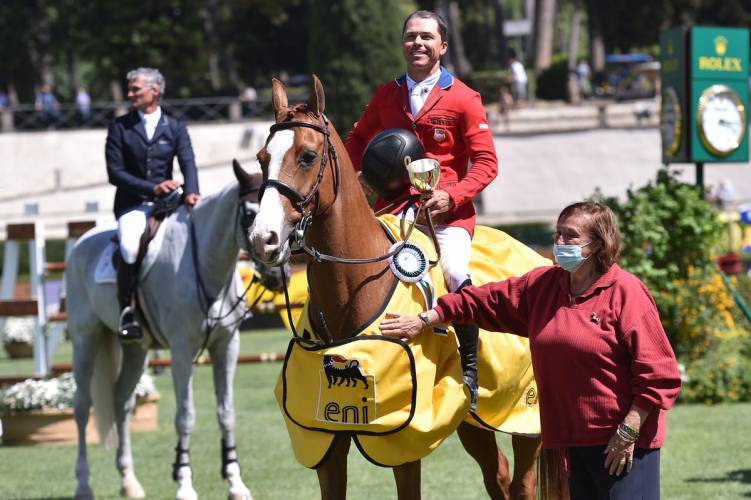 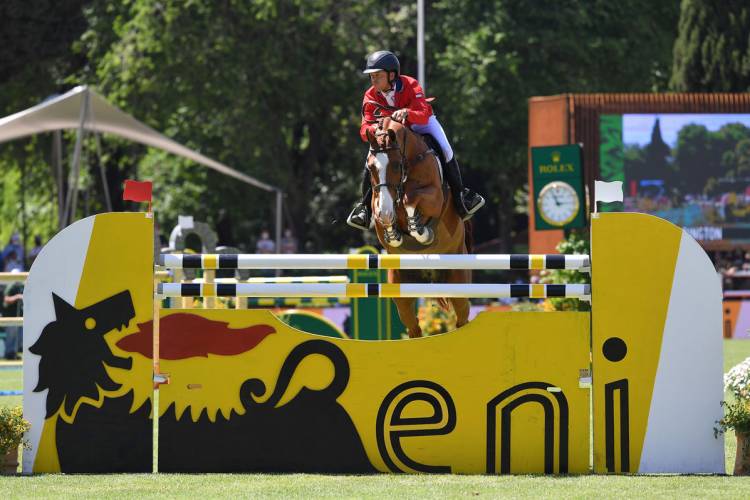 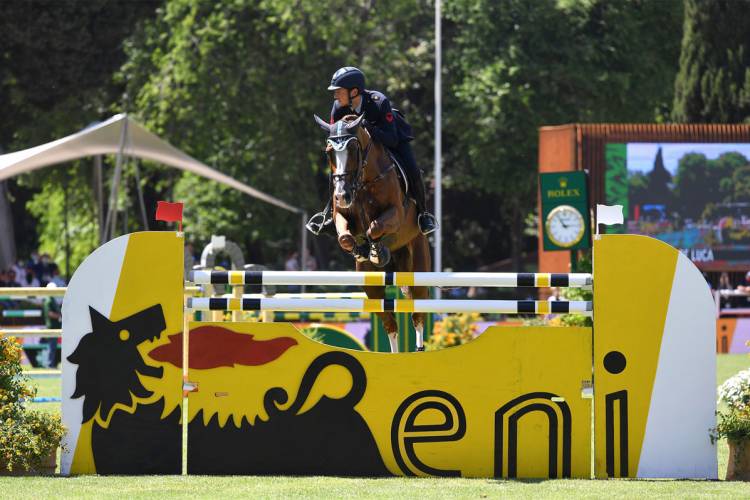 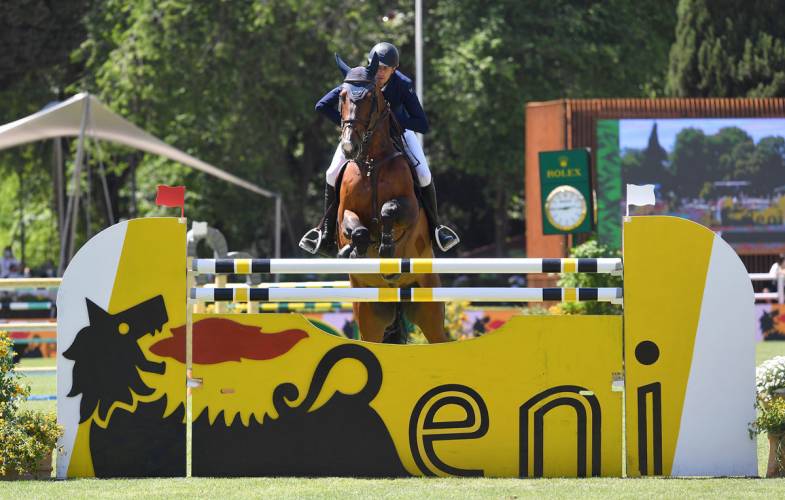