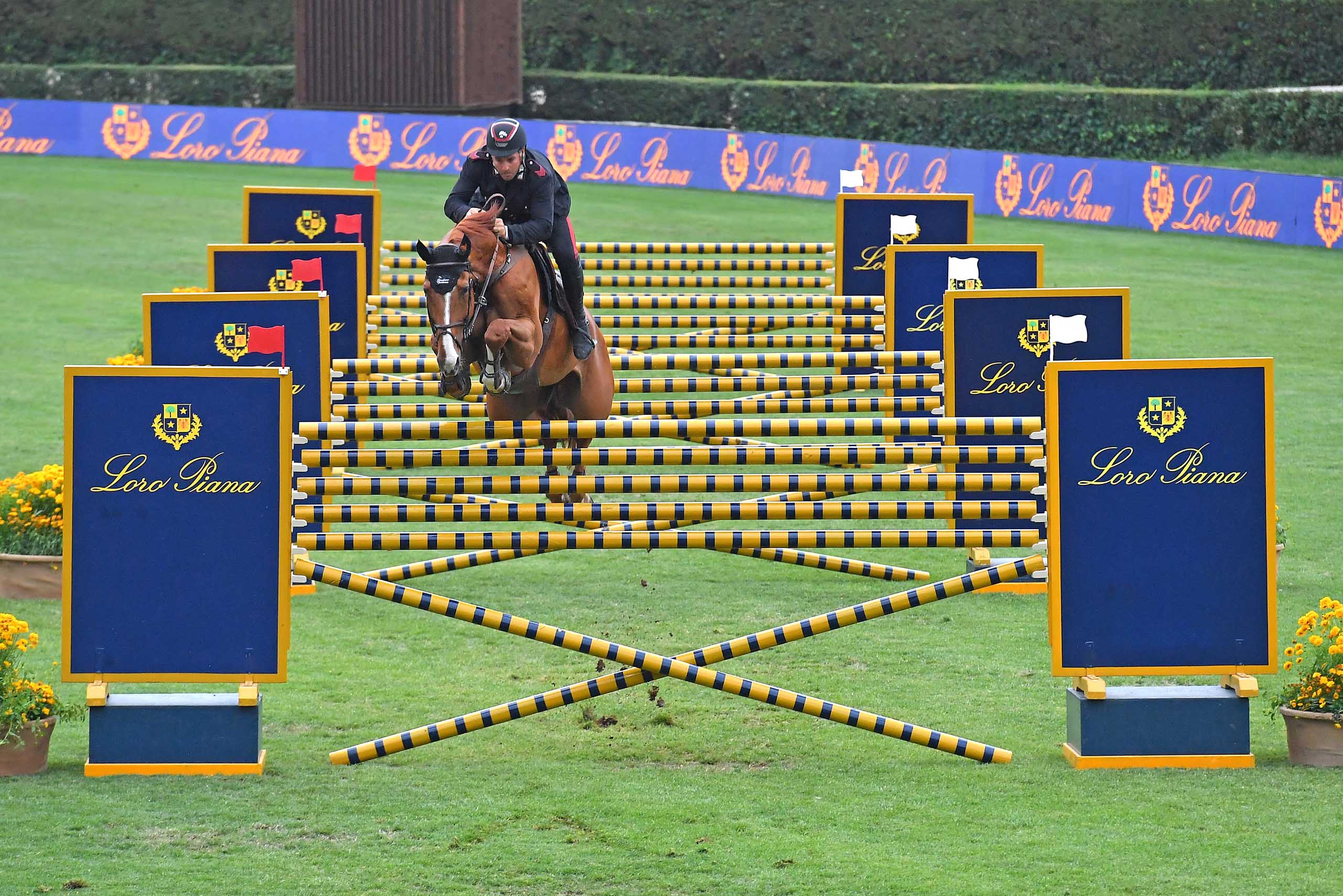 For the second time in his career, Italy’s Emanuele Gaudiano won the Loro Piana Six-Bar competition at CSIO5* Rome - Masters Fratelli d’Inzeo 2022 in Piazza di Siena this evening.
In 2015 he won with Caspar, the horse he would take to the Rio 2016 Olympic Games a year later and on that occasion the pair clear the final fence standing at 1.85m. Tonight however it was the bold, brave chestnut gelding Chalou that he steered to victory when the pair were the only combination to conquer the final vertical standing at a massive 1.90m.

Three rounds
The competition was played out over three rounds and just six combinations made it through to what turned out to be the final barrage including Swiss superstars Martin Fuchs and Steve Guerdat, both riding their top horses.
None had jumped clear when, third to go this time out, Fuchs came into the ring with Leone Jei, the horse with which he won team gold and individual silver at the 2021 European Championships.
Throughout the competition there was a two-stride distance between each vertical fence, but Fuchs’ 12-year-old grey gelding mis-read the final effort this time out, taking off after one stride and crashing through the poles to leave his rider on the ground. Fuchs’ air-jacket went off and he left the ring on his feet while Leone Jei was led away by his well-known groom Sean Vard.

No mistake
Gaudiano’s Chalou made no mistake however, easily clearing the last to put it right up to the final two contenders. So when both Guerdat’s Venard de Cerisy and Italy’s Filippo Bologni and Bernini GP failed to clear the massive last obstacle then Gaudiano was unopposed for the 2022 Loro Piana Six-Bar title.
“I like this kind of competition - Chalou only jumped on the first day here at Piazza di Siena and yesterday he rested so this was good preparation for him for tomorrow’s Grand Prix”, he said. The Rolex Grand Prix begins tomorrow at 13.00 local time.