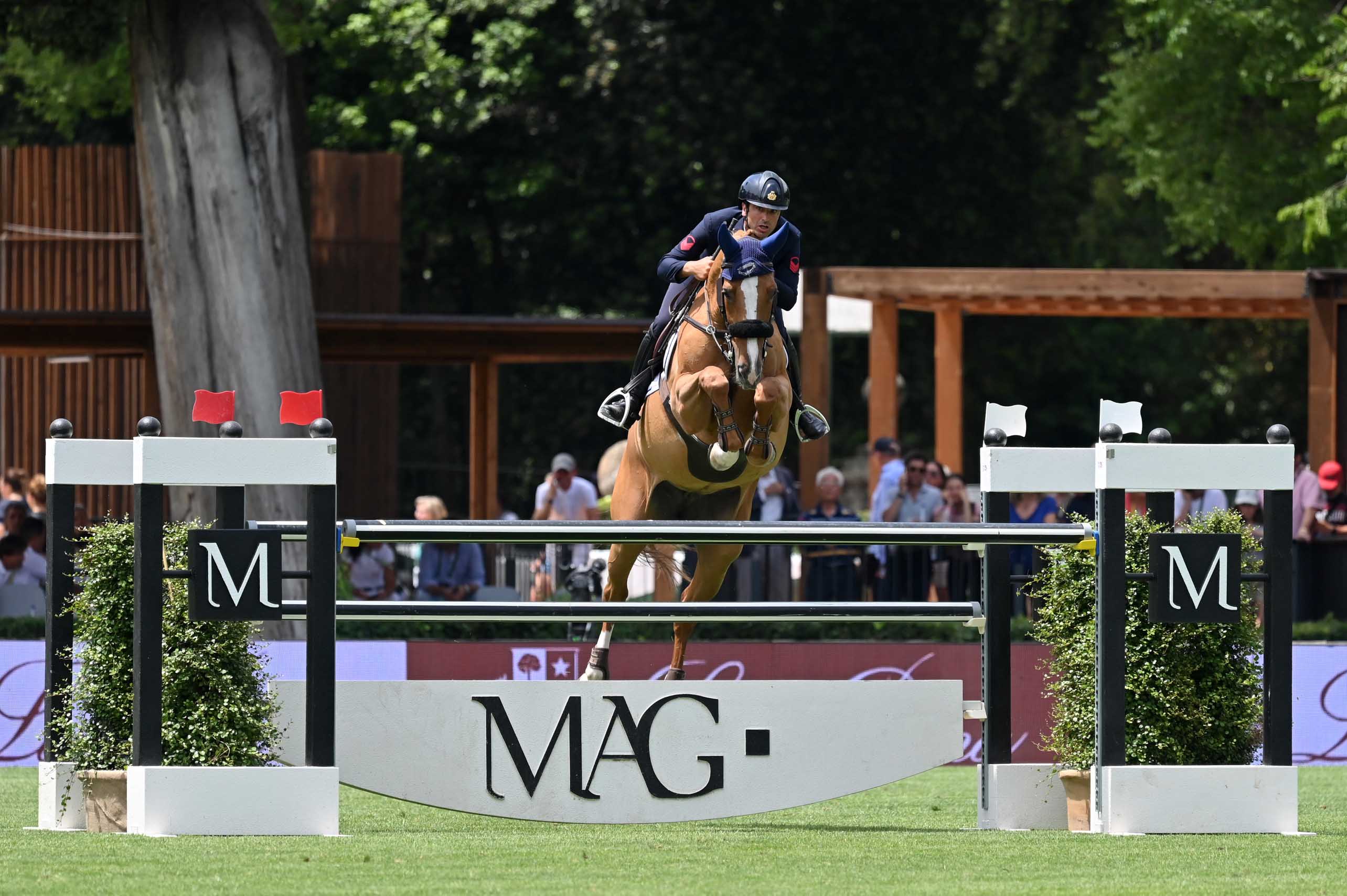 Italian riders dominated the line-up in the second class at CSIO5* Rome - Master Fratelli d’Inzeo 2022 at Piazza di Siena this afternoon when Emilio Bicocchi came out on top ahead of Giulia Martinengo Marquet in runner-up spot and three more of their compatriots finished in the top seven.
There was a total of 66 starters in this first competition on the grass oval, and it was Ireland’s Alexander Butler who took the early lead when clocking 26.78 seconds with the Dutch-bred Eindhoven GH. America’s Laura Kraut slotted temporarily into second when Calgary Tame broke the beam in 27.27 seconds but had to settle for fourth place in the final analysis.

Stopped the clock
Host nation heroine, Giulia Martinengo Marquet, took over at the top of the scoreboard when 36th to go with Scuderia 1918 Calle Deluxe who stopped the clock on 26.48 seconds. However Bicocchi’s 10-year-old mare Sevilliana Del Terriccio made it look effortless when posting a time of 25.91 when running eleventh from last, and that couldn’t be beaten.
“It’s very fantastic for an Italian rider to win here, and I’m so very happy with this mare!”, Bicocchi said.
He didn’t go into the ring with all guns blazing but didn’t waste any time either. “It wasn’t a really fast class but she is naturally quick so I took a fairly tight line on the turns without putting pressure on her and always thought about not losing any time”, explained the 45-year-old.

Early career
He has had the chestnut Sevilliana (Catoki/Baloubet) since she was a three-year-old and she was competed in her early career by his friend and stable-rider Stefano Marghareti. “Stefano jumped her in the seven-year-old Championship at the WBFSH Championships in Lanaken and then I took her over when she was eight”, said Bicocchi who hopes to compete her in Sunday’s Rolex Grand Prix.
“She is a very good mare to jump a big course of fences so this is a great start to the week!”, he said.
Fellow-Italians Giacomo Casadei with Chagracon PS, Emanuele Gaudiano riding Crack Balou and Ludovica Minoli with Jus de Krack slotted into fifth, sixth and seventh places.