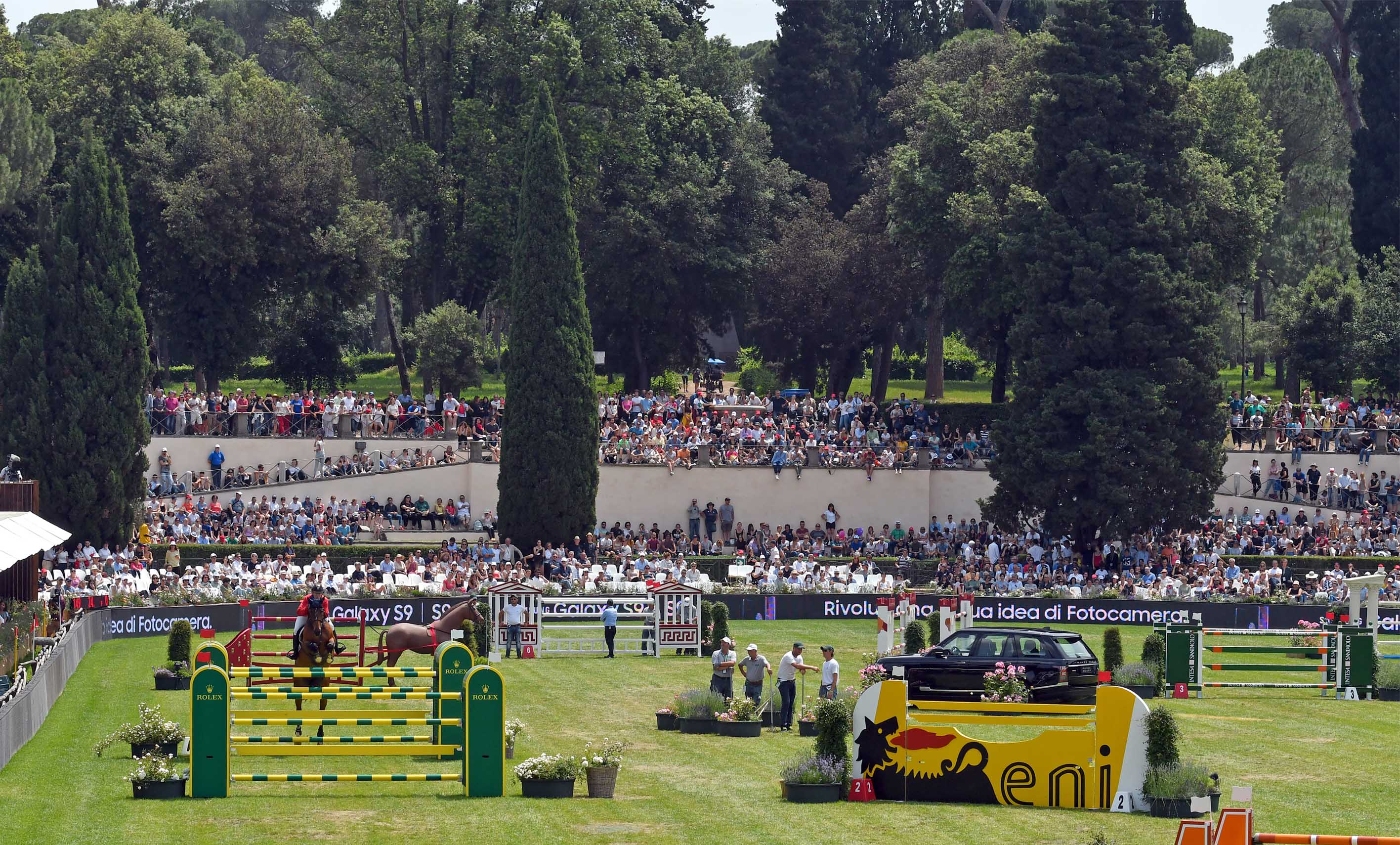 It’s all-systems-go at Piazza di Siena in the beautiful Villa Borghese Gardens where the final preparations for CSIO Rome - Master Fratelli d’Inzeo are taking place. The horses and riders have already stretched their legs in the all-weather arena at the Gallopatoio which lies just a short stroll away from the magnificent grass oval where all the main competitions will play out over the next four days, and where the fences for tomorrow’s first competition are already in place.

This 89th edition of arguably the best-loved horse show in the world has been much anticipated, and the care and attention to detail in presenting it is, as always, second to none. For first-timer, 20-year-old American Brian Moggre, being part of it is more than special.

“I’ve dreamed of this for years, so to be on the team here really means a lot to me!”, said the young Texan-born rider who first learned his trade closer to home before beginning to show real promise after moving to Ocala and eventually to Wellington in Florida. That is where he really blossomed and moved into the international sport, helping Team USA win the Nations Cup in Wellington in both 2020 and 2021.

From Wellington to the Rest of the World

That success opened many more doors for him. “I went from Wellington to the rest of the world!”, said the young man who had a six-month stay in Europe in 2021 and who in future plans to spend eight months each year competing out of a base close to Peelbergen in The Netherlands before returning to Wellington for the winter months.

Today he was reluctant to suggest he is a potential American team member for the forthcoming FEI World Jumping Championships in Denmark later this summer - “I don’t want to jinx it!”, he said with a laugh. But his form with the brilliant stallion Balou de Reventon would suggest he is a major contender, and this week the pair will be out to prove their worth once again in the major competitions.

He is joined in the American selection by his coach Laura Kraut who is a veteran of numerous winning US Nations Cup teams at Piazza di Siena as well as Lillie Keenan, Chloe Reid and Spencer Smith who are all aged 25.

However they will have to be on top of their game if the mood of coach, Peter Weinberg, is anything to go by. He was buoyant and all smiles when asked about his country’s chances of repeating the Nations Cup win they posted at the Italian fixture last year, and that’s hardly surprising considering they got the year off to a flying start by scooping the honours at La Baule in France three weeks ago. “It’s never easy to win any Nations Cup but we are in good shape for sure!”, he said this afternoon.

The programme begins tomorrow morning with the FISE Speed class in the Gallopatoio and then the MAG Two-Phase in the oval in Piazza di Siena where the main event of the day, the ENI Speed competition, will also be staged.

The clock is ticking as we count down to CSIO Rome 2022 where the memories of years gone by and the dreams of things to come join forces to create a spectacle like no other. History is about to be made, so get ready for the gallop……it’s going to be great!