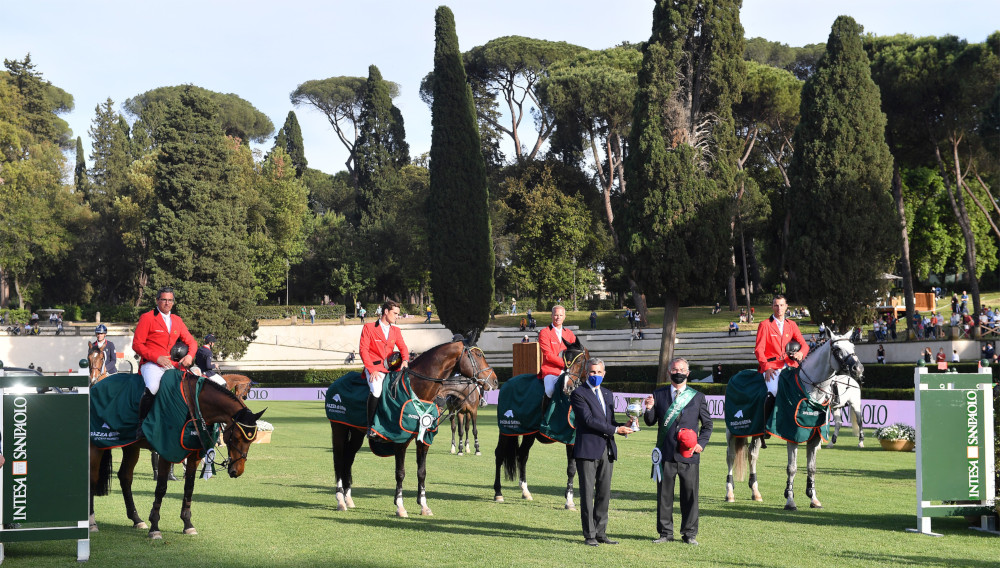 The Nations Cup: the teams competing

Ten teams have put their names down for the Rome Piazza di Siena CSIO Intesa Sanpaolo Nations Cup on Friday May 27th.

Eight of these teams are European - Belgium, France, Germany, Great Britain, Ireland, Italy, The Netherlands and Spain – while two come from across the ocean – Canada and the USA.

Belgium returns to Piazza di Siena in a starring role after winning the Nations Cup last year, as do Germany and France who finished in second and third place.

While for Belgium their win in 2021 was a second team victory at Piazza di Siena, the Germans and the French have respectively clocked up ten and nineteen wins, far however from the twenty-nine Italy has accumulated increasing its booty with two consecutive historical wins in 2017 and 2018.

One should also not underestimate the British, who also have a significant record in the Rome Nations Cup with eleven wins, of which two in recent times (2015 and 2016), and also the United States with their five wins.

In counting the wins achieved by the nations competing this year one must also include The Netherlands (with two) and Spain (just one a long time ago in 1954). Ireland instead has not yet won the Rome Nations Cup and for this very reason will be doing its best to change its record at Piazza di Siena.

In addition to the ten nations competing in the Nations Cup, others will be represented by individual riders.

The final starting list will be available after the Monday May 9th deadline for confirming participants.