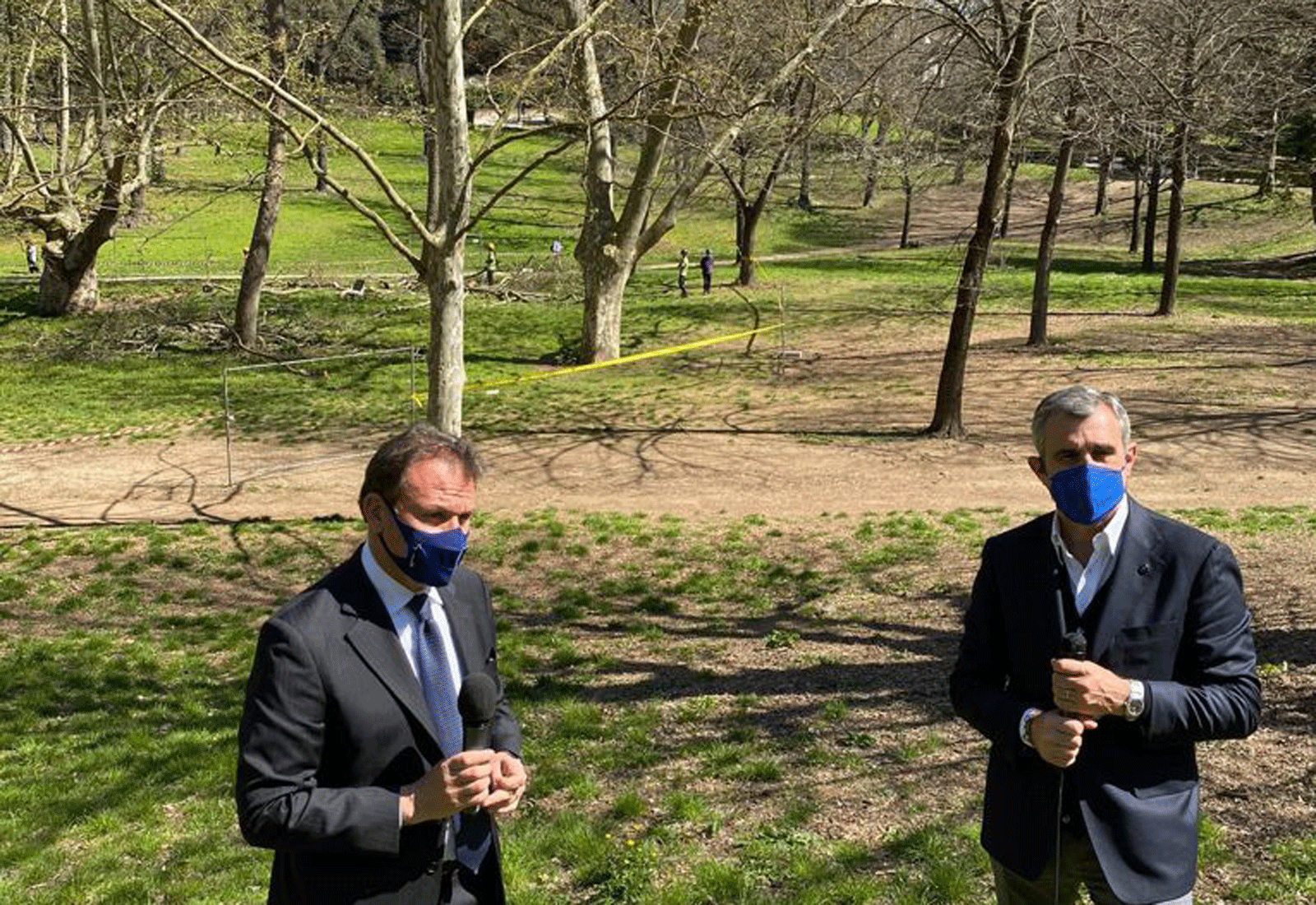 There is work in progress in the Villa Borghese on the project aimed at safeguarding the Valley of Plane Trees organised by the Organising Committee of the Piazza di Siena International Horse Show (Italian Equestrian Sports Federation together with the Italian National Olympic Committee) supervised by the Roman Agency for the Protection of the Environment.

Due to the spectacular technique involved, care of these eleven plane trees planted in the 17th Century, greatly desired by the Friends of Villa Borghese Association, has attracted the interest of those who patronise this park.

The French botanist Pascal Genoyer (University of Sciences in Montpellier), an expert on the architecture and development of trees, specialised in the regeneration of plane trees, directed work done by a team of Italian ‘tree climbers’ from Dendrotec, led by Renato Comin, one of the fathers of Italian arboriculture.

Work is now in its advanced stages, also because of the organisation of the Rome Official International Horse Show programmed for May 27th to May 30th. As said by FISE’s president, Marco Di Paola (photographed here with Vito Cozzoli, President and CEO of Sport e Salute S.p.A.), this event is expected to be a great sporting event, “After being obliged to cancel the show in 2020, this year’s will be an edition that will be special in many ways. We will have to work fully respecting government regulations for the organisation of international sporting events. These rules have resulted in an in-depth review of the setting up of facilities as well as the almost total elimination of all the stands. The overall look will be similar to that of the very first shows in the early 1920s. The impact will be one that exalts the architectural beauty and reveals the naturalist beauty for all those visiting the park.”

As always the technical level of this event will be of great importance, “We want to increasingly be open to the entire world – emphasised the president of the Federation. – There will be representatives from all five continents (Europe, North America, South America, Africa and Asia) and the best riders on the international circuits, just a few weeks before the Olympic Games in Tokyo.”