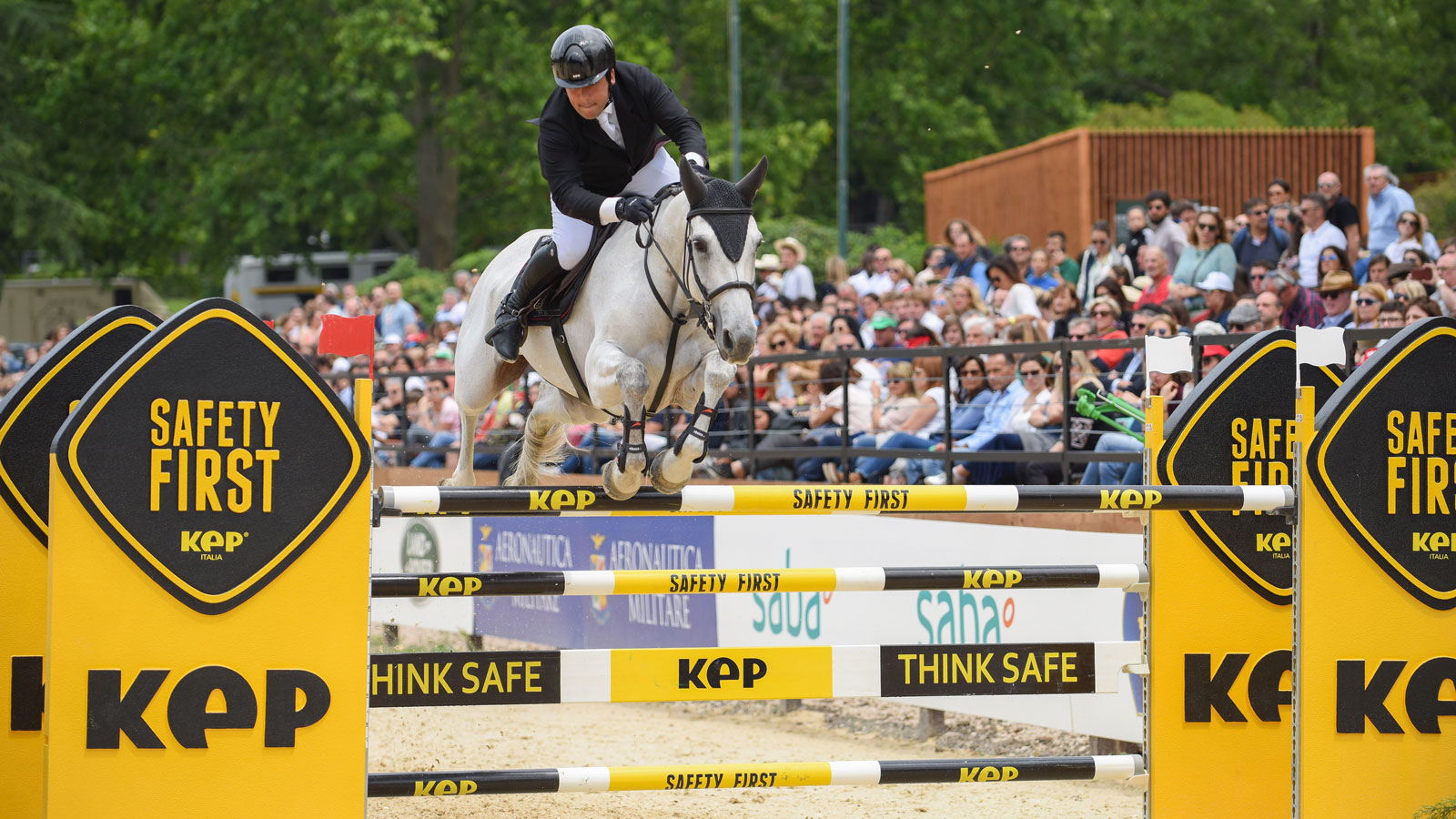 The big guns were out again this morning in the Gallopatoio for the Kep Italia Small Tour Speed class, but they were pinned back into the minor placings by a sensational performance from the relatively unknown Marco Pelligrino.

Yesterday he had to settle for fifth place in the Safe Riding Speed event won by fellow-Italian Emanuele Gaudiano. Today however he left them all in his wake.

The 29-year-old from Turin in the north west of Italy was fourth-last to go in the starting field of 30 horse-and-rider combinations, and as he set off it seemed very much as if German star Daniel Deusser already had victory in the bag after a blistering round with Kiana van Het Herdershof who broke the beam in 67.30 seconds.

But while Pelligrino is not a professional rider, today he was a man with a plan, and he was determined not to be intimidated by his world-class rivals. “It’s easy to be a little bit scared of those names, but if you don’t try to win for sure you won’t!” he said after demoting Deusser to runner-up spot with a scorching clear round in 67.06 seconds.

Pellegrino knows his 10-year-old grey mare Vick du Croisy very well. “I have four horses at home and Vick is my best. She is with me for six years and I have had so many great results with her. This year we won the first Grand Prix of the 3-Star in Arezzo and we were second in the second week. She’s a very fast horse and she’s so clever - she’s not really a horse to me - she’s a team-mate!” he pointed out.

The fact that he is an amateur rider made today’s win all the more satisfying and enjoyable. “Riding is just my passion. I work for an insurance company so I ride every day in the morning and then go to work in the afternoon. I have a really big team behind me who help me. They are very special to me and I couldn’t do it without them”, he explained.

As he stood top of the line today ahead of so many superstars including third-placed Simon Delestre from France (Coca Rocha), Italy’s Lorenzo De Luca (Amarit D’Amour) in fourth and 2000 Olympic champion Jeroen Dubbeldam (Donjo) who slotted into sixth, Pellegrino could hardly believe what he had achieved.

“It’s amazing to finish ahead of these people. It was a dream, and today that dream came true!”, he said.