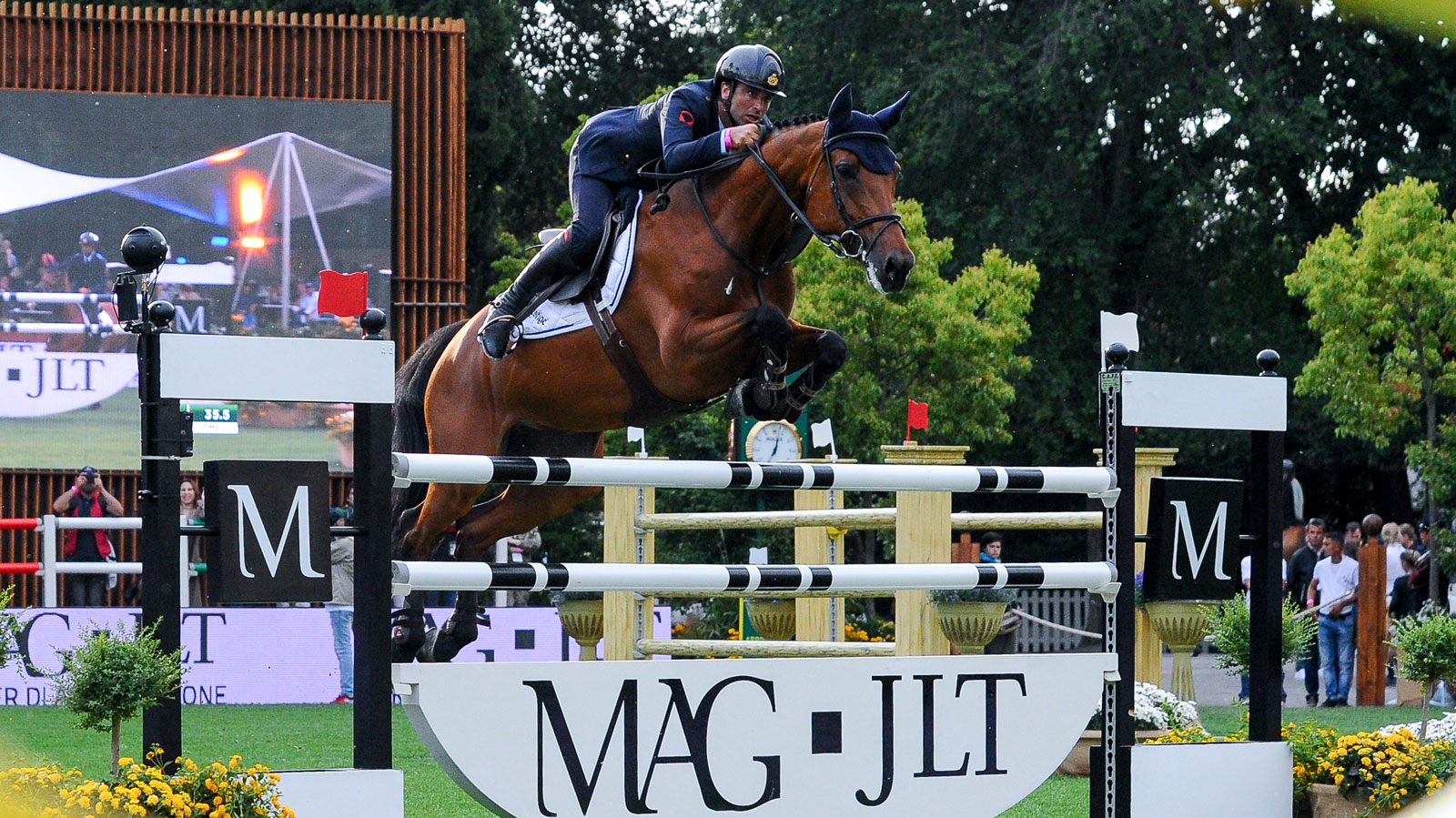 Emilio Bicocchi headed up an amazing one-two-three for Italian riders in the MAG JLT Two-Phase as the first day of CSIO Rome Piazza di Siena 2019 drew to a close this evening. It seemed that Ireland’s Mark McAuley and the super-fast 10-year-old Valentino Tuiliere were unbeatable as their time of 25.61 seconds, set when third into the ring, looked impossible to catch right into the closing stages.

But the Italians can never be under-estimated, especially on their home turf, and an extraordinary burst of speed from Guido Franchi and his stallion Quixote DC who were 57th of the 69 starters into the ring and who crossed the line in 24.95 seconds, saw the Irishman lose his grip on the lead. And it was loosened even further by Emilio Bicocchi who wears the uniform of the Italian airforce, and who flew around the course with the mare Evita SG Z in 24.73 to pip his fellow-countryman by a margin of just 0.22 seconds.

That proved to be the winning time, and Bicocchi was more than delighted with his young mare. “She’s only 10 years old and I’ve only been riding her for the last six months but she’s very tough - she’s a real warrior!” Bicocchi said. He is tempted now to ride her in Sunday’s €400,000 Rolex Grand Prix. “I’m not sure - I will compete her in another small class first and then decide” he explained.

Rounding up the perfect day for the host nation, that grand old man of Italian showjumping, Luca Maria Moneta’s 18-year-old gelding Connery, slotted into third place when posting a time of 25.22 seconds when fourth-last to go, demoting Ireland’s McAuley to fourth place. “Connery is a legend!” said the popular Moneta, and he’s absolutely right about that. Photo CSIO Roma/ M.Villanti 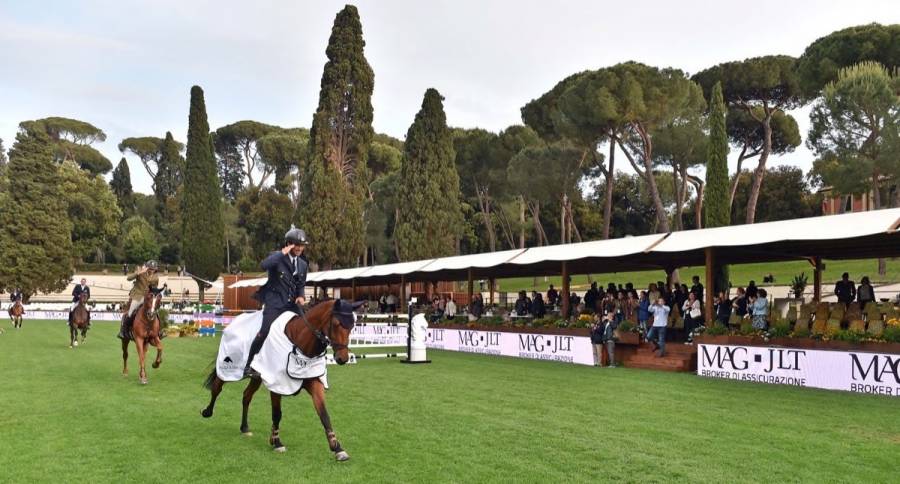 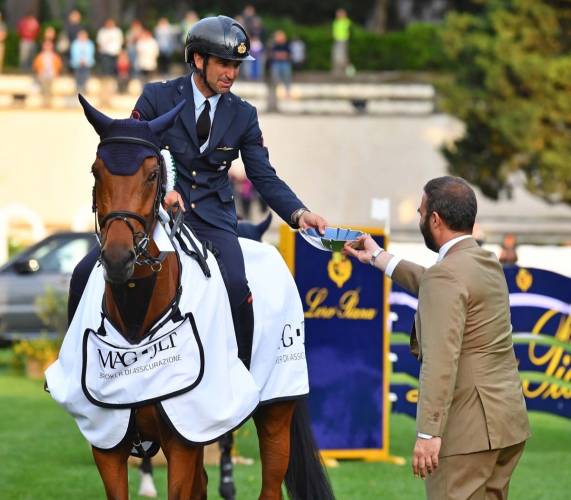 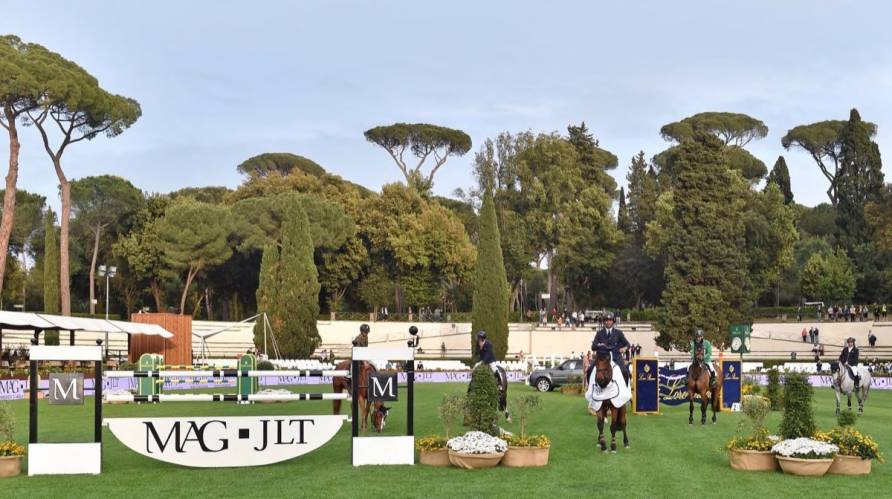 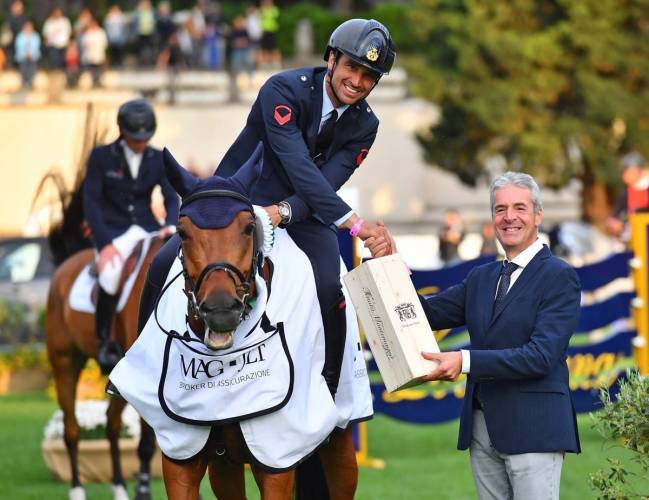 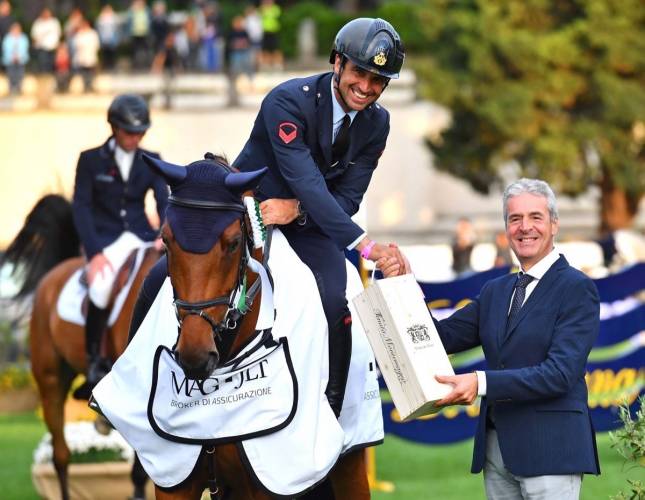 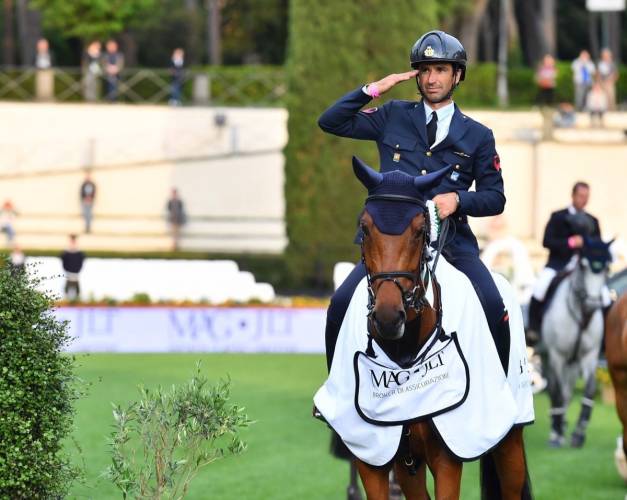 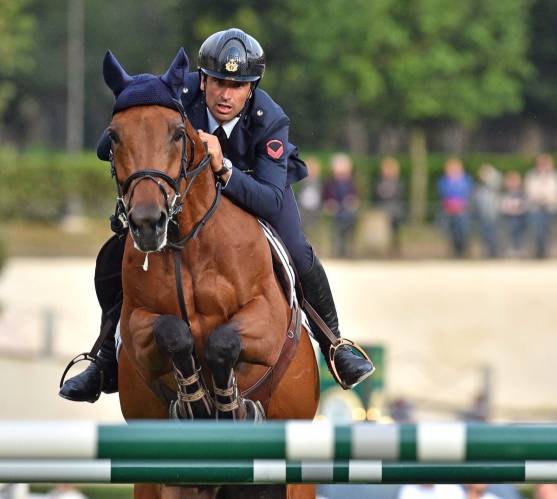 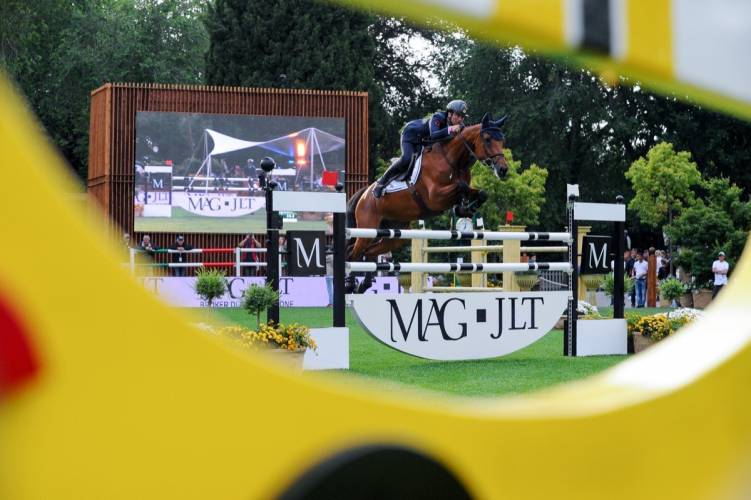 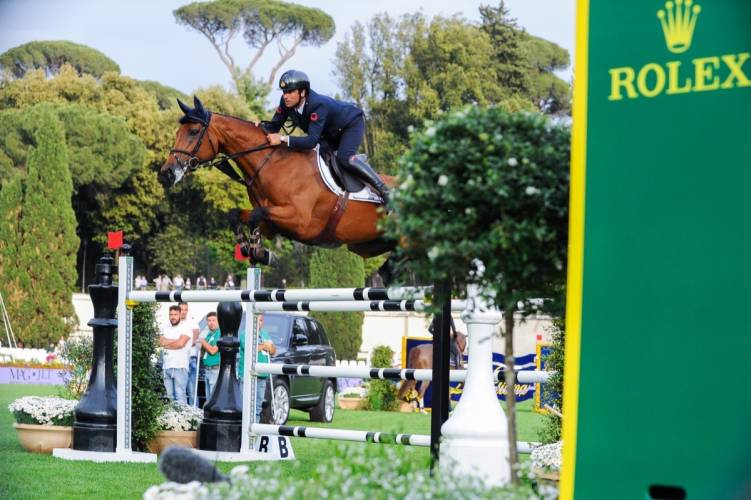 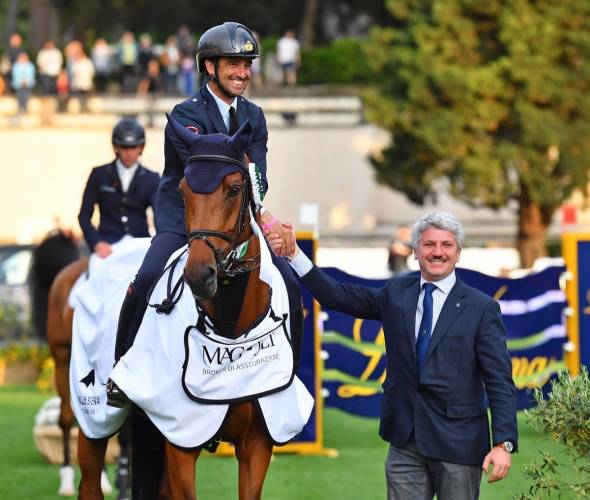