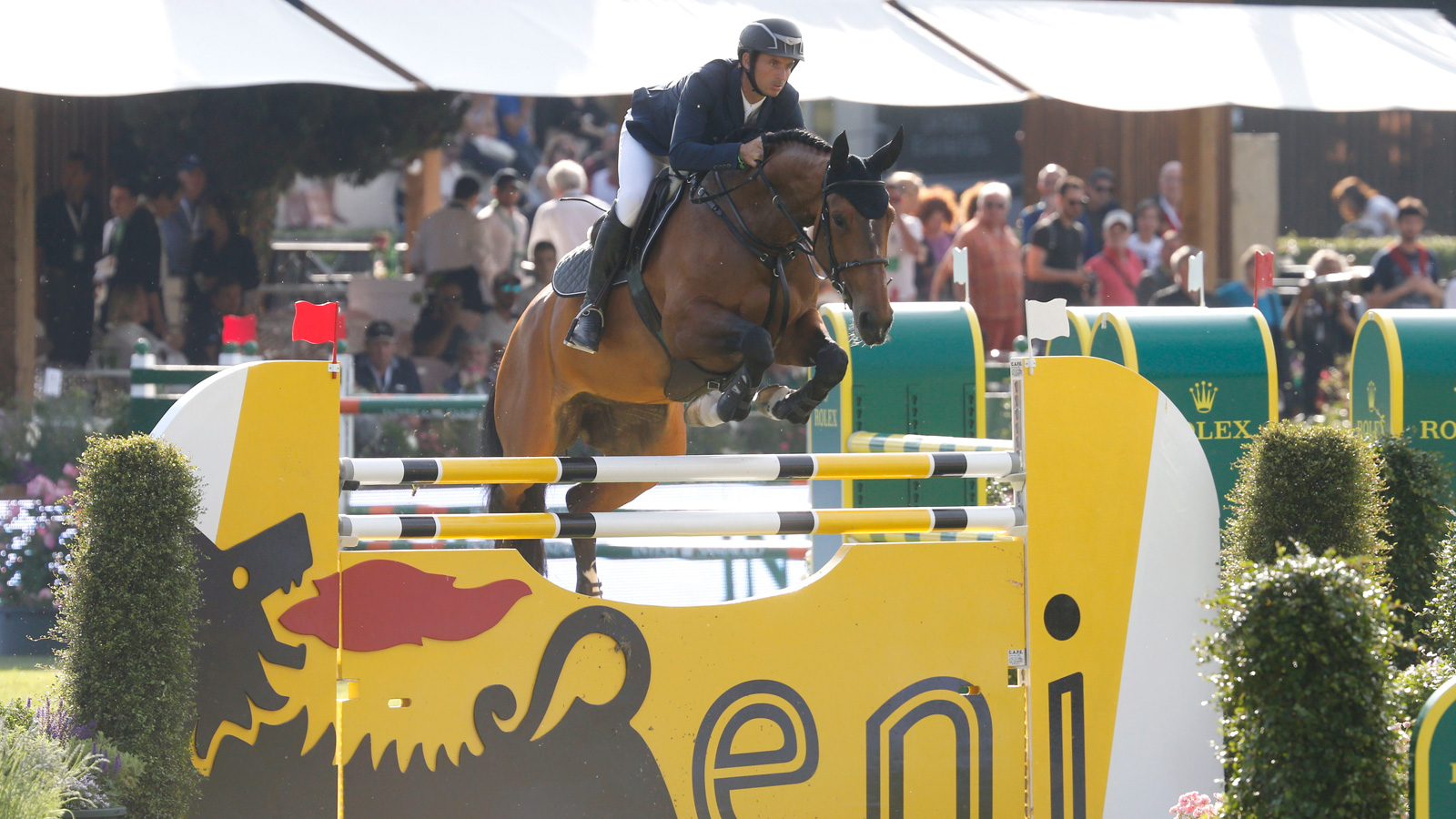 Guerdat gallops to victory in the ENI Speed

Switzerland’s Steve Guerdat raced home with the fiery mare Hannah to top the ENI Speed competition, the final class on the opening day of CSIO Rome Piazza di Siena 2018 this evening. Over a tough track that literally stopped several riders in their tracks, the 2012 individual Olympic champion and the horse with which he claimed the Grand Prix title at Falsterbo, Sweden last summer produced a strong, smooth tour of Uliano Vezzani’s 12-fence course to post the winning time of 62.72 seconds.

In a star-studded final line-up it was Simon Delestre and Filou Carlo Zimequest who finished second for France ahead of early target-setters Luciana Diniz and the fabulous Fit for Fun from Portugal in third. Dutchman Leopold van Asten was fourth with VDL Groep Beauty, Britain’s Scott Brash and Hello Shelby - who is just a nine-year-old - slotted into fifth and sixth place went to Italy’s Lorenzo de Luca and Limestone Grey.

There were quite a few hard-luck stories as the double at fence five, an oxer to a vertical which consisted of all-white poles and which followed another double of verticals, seemed to take a number of horses by surprise. There were refusals and eliminations there, but Guerdat’s super-charged bay lady didn’t hesitate.

Italy’s Emilio Bicocchi showed that a faster time was possible when breaking the beam in 61.77 seconds, but that was at the expense of a pole on the ground which left him well down the leaderboard, in 18th place with Call Me.

Now he is looking forward to tomorrow’s Intesa Sanpaolo Nations Cup in which nine countries will battle it out for the prestigious Rome title. “I will ride Alamo in that and it will be a first big test for him so that will be exciting - I’m saving Bianca for the Rolex Grand Prix on Sunday!” he explained.

Like so many of the rest of the world’s showjumping stars, he is delighted with the upgrade to Piazza di Siena this year where the environment is an absolute priority and the show is blending perfectly into its surroundings.

“I’ve always loved coming here and it’s very nice to see the big improvements. It’s looking good for the years ahead, and it’s great to be back to the traditional CSIO Rome!” he said.  Ph CsioRoma-MGrassia